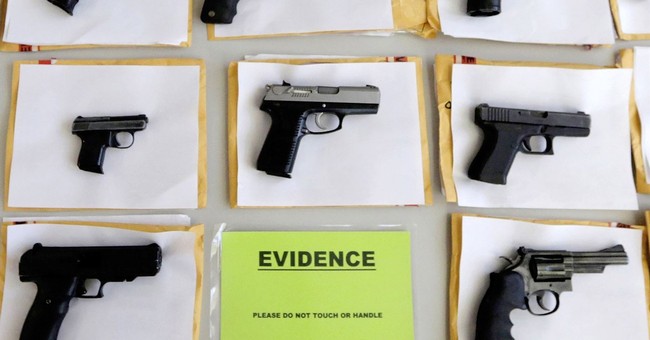 There is a debate over school resource officers/armed guards at schools. Organizations, like the National Rifle Association, are for it. Anyone with common sense is for it; the times have changed. Sadly, schools and other gun-free zones are targets for crazy people. In Illinois, a school resource officer prevented a potentially tragic event, chasing a would-be shooter, a former student, from Dixon High School. The shooter fired at the officer several times. The officer was unharmed, but returned fire, striking the shooter (via Atlanta Journal Constitution):

“From the angle I’m looking at right now, a lot of things went right when a great many of them could have gone wrong,” Dixon Mayor Li Arellano Jr. said at a news conference Wednesday.

Authorities first got reports of an armed man on campus just after 8 a.m., police Chief Steve Howell said. The gunman, whose name was not released, was confronted by a school resource officer after he fired several shots near the west gym, Howell said.

The gunman ran when he saw the officer, who chased after him.

Howell said the suspect fired several shots at the officer as he tried to get away, but the officer was not injured. The officer returned fire, striking the gunman, according to authorities.

The suspect was taken to a hospital for treatment of his wound, which did not appear to be life-threatening, Howell said. The officer, who was not identified, was placed on paid administrative leave as is standard in similar cases, according to the chief.

No other injuries were reported.

In Maryland, a similar situation occurred when a school resource officer prevented a student  from inflicting greater loss of life at Great Mills High School. Tragically, one person was killed, the shooter, Austin Wyatt Rollins, killed himself. Nevertheless, the situation changed once he encountered Officer Blaine Gaskill. While not every situation will end like Illinois, it seems pretty clear that armed guards at schools can and do prevent further loss of life when someone plots to commit a school shooting.