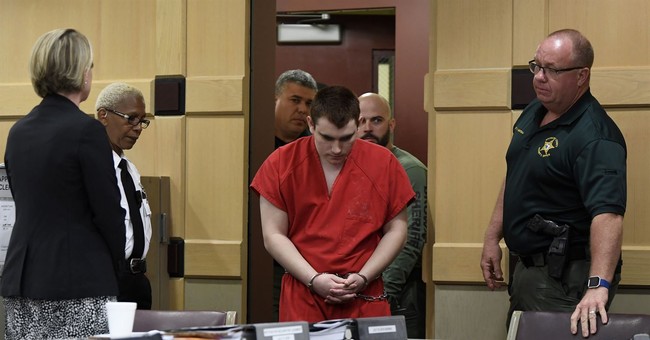 It’s been six months since Nikolas Cruz, a highly disturbed individual, shot and killed 17 people at Marjory Stoneman Douglas High School in Parkland, Florida. It sparked another round in the gun control wars—and another round that saw liberal gain ground thanks to pro-NRA governors caving to anti-gun mobs; Governors Rick Scott and Phil Scott of Florida and Vermont respectively enacted new gun laws, specifically raising the age to purchase to 21, which is grossly unconstitutional. The NRA is challenging that provision of Florida’s law right now. Yet, that’s the tragedy of this incident. Liberals were quick to blame the NRA for the shooting. The CNN town hall was a total disaster, with every shrieking anti-gun liberal frothing at the mouth. Yet, it served as a reminder that liberals hate gun owners, the NRA, Republicans, rural America, and any person who doesn’t fall in line with their philosophy. Over time, the truth came out. This was a preventable shooting if local, state, and federal law enforcement officials hadn’t dropped the ball. The FBI was given two tips and they did nothing. State officials did nothing. And local officials did… nothing. So, how is this the fault of the NRA, The GOP, and rural America? It’s not. But liberals are emotional head cases, so it shouldn’t shock us once again that they’re completely and utterly wrong, especially when it comes to gun policy. Now, we know that Cruz had requested help, but the school “didn’t follow through” (via Daily Beast):

In Cruz’s junior year, after he had already begun exhibiting behavior so disturbing it led to guidance counselors wanting to have him committed, the teenager sat down with education specialists to discuss his options for further schooling. He was told he could transfer to Cross Creek, a school tailored for students with special needs; sue the Broward school district; or stay at Marjory Stoneman Douglas High School without any special counseling. According to a review of that meeting featured in the new report, school officials left out one crucial fact: Cruz was still entitled to special assistance at Stoneman Douglas if he chose to stay.

Being unaware of this option, however, Cruz—whose developmental delays were flagged at age 3—was reportedly stripped of counseling services and left to fend for himself as a “regular student.”

Months later, when Cruz changed his mind and sought to transfer to Cross Creek, the school district “did not follow through,” according to the report.

On top of this, let’s rehash. In 2016, Cruz started cutting himself after he broke up with his girlfriend. That alone should have had him committed via Baker Act. This would have shown up on a background check, which very well could have prevented him from buying the AR-15 rifle days after he was expelled from Marjory Stoneman in February of 2017. What about local law enforcement? Well, they only responded to some 40+ calls to Cruz’s home, some of which included allegations that he had pointed guns to people’s heads. Broward County Sheriff Scott Israel has come under scrutiny for his ‘thank God for me’ attitude and seeming inability to take responsibility for his department’s shortfalls in this matter; he said he’s exhibited top-notch leadership. His deputies refused to enterthe building where Cruz was killing students. Broward County Deputy Scot Peterson, the school’s resource officer, was placed on unpaid leave when security footage. He opted to retire instead, while also hitting back on allegations of cowardice. It hasn’t gotten better; another deputy working security detail for the school was suspended for sleeping on the job last spring. The leniency policy in education under the Obama administration didn’t help either. The point is that the we have more evidence that this tragedy was easily preventable if those who were suppose to protect the general public had done their jobs.