With Virginia Becoming A Liberal Hellhole, A Familiar Anti-Gun Face Says He’s Running For Governor In 2021 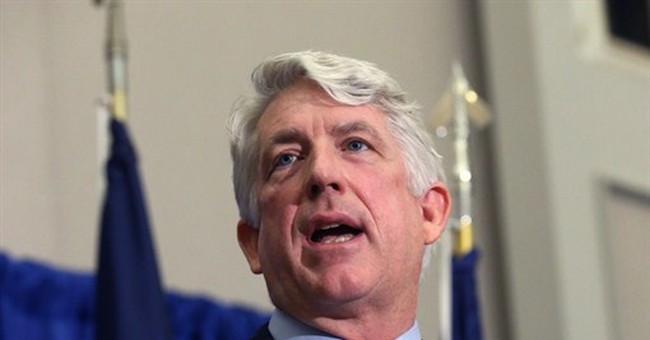 For Republicans in Virginia, it’s time to face facts. We’re slowly becoming Maryland. Yes, we may have a Republican state legislature, but majorities in both houses hang by a thread. The Northern Virginia suburbs, where I live, are chock full of insufferable liberals who drive the direction of the whole state. The days of this state going to the GOP are over. The Obamaites infested the Old Dominion and never left. The next gubernatorial election is not until 2021, but we already have one anti-gun voice that says he’s in: state Attorney General Mark Herring.

If you don’t remember this man, he’s the one who tried to torch Virginia’s concealed carry reciprocity agreements with two-dozen states around Christmas time in 2015. In January of 2016, it was announced the then-Democratic Gov. Terry McAuliffe would be restoring those agreements, however. Yeah, the anti-gunners were not happy. In February of 2016, McAuliffe signed a bunch of gun bills, including one recognizing gun permits from other states, into law. While I did not vote for McAuliffe, he did well on this deal with regard to our Second Amendment. Granted, he had a Republican legislature to keep a lot in check.

Herring will be a total disaster for gun rights, among other issues, and with a Democratic House of Delegates and state Senate, who knows what could emanate from Richmond (via WaPo):

Virginia Attorney General Mark R. Herring will make a run for governor in 2021, attempting to use his perch as the state’s top lawyer as a springboard to the Executive Mansion.

Herring, a Democrat who surprised many by taking a pass on the 2017 governor’s race, has been spreading the word to allies and donors in recent weeks. He confirmed his plans to The Washington Post on Friday.

“Our work to reduce gun violence, protect healthcare, and pushback on the Trump Administration has been some of the most important work I’ve ever done, and it’s made Virginians’ lives better in real, tangible ways,” he said in an email. “I’ve been really honored to play a part in building a safer, stronger, more economically dynamic and inclusive Commonwealth as a county supervisor, a state senator, and as attorney general, and I think the best way to continue that work would be as Governor. There’s still a lot I want to accomplish as attorney general, but when the time comes I’ll be ready.”

A former state senator from Leesburg, Herring, 57, is getting a jump on what could be a fierce competition for the Democratic nomination. Lt. Gov. Justin Fairfax is considered a likely contender. Richmond Mayor Levar Stoney and former congressman Tom Perriello are often mentioned as possibilities.

“He’s the first. I’m sure he will not be the last,” said John Findlay, spokesman for the Republican Party of Virginia. “We look forward to a very divisive Democrat primary.”

With suburban voters energized against Republicans, Democrats hope to take control of the state House of Delegates and Senate in legislative races in November. They need to pick up just two seats in each chamber to gain control. Republicans have not won a statewide election since 2009.

“People used to say that we don’t have a good bench in Virginia, but every year we have a stronger and stronger bench of really good candidates,” said Del. Mark D. Sickles (D-Fairfax). “If Justin Fairfax and Mark Herring run, we’ll have two great candidates for Virginians to choose from.”

On the GOP side, yes, the VA GOP hasn’t won a statewide race in nearly ten years. The slates of candidates that do run on the GOP ticket are usually below average or downright awful. The state party has been adrift for multiple cycles now. So, as for now, expect more pain next election. The anti-gun Left has kept Virginia in their crosshairs for years. They may get a significant return on their investment with the next major statewide election. We have four years to find a solid candidate and get the VA GOP back on track. It's going to take some work, but if 2017 and 2018 didn't sound off alarm bells here--I don't know what will.