Second Wave: Anti-Gun Bloomberg And His Minions Are Mounting Another Invasion of Virginia 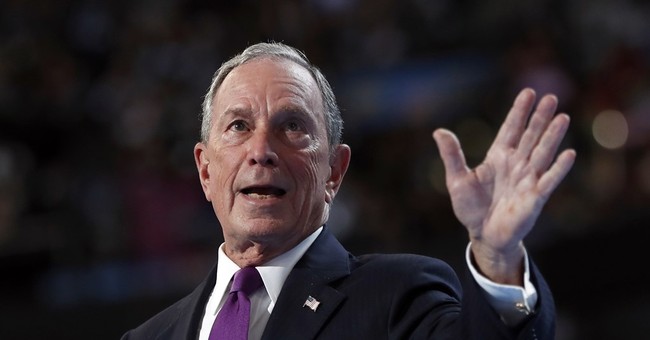 Virginia may have a Democratic governor, but the legislature is solidly Republican. In fact, if weren’t for Northern Virginia—this would be a solid red state. Alas, we can't always get what we want. While I’m not the biggest fan of Terry McAuliffe, his tenure here has been mostly uncontroversial, mainly focusing on issues that can bring both sides together. Yes, he’s pushed for Medicaid expansion, but that was going to always face a legislative death, given that the House of Delegates has a Republican supermajority. The only hiccup was the assault on Second Amendment rights by state Attorney General Mark Herring, in which over two dozen states’ concealed carry reciprocity was set to be axed by his office. Luckily, a deal was hashed out between the governor and Virginia Republicans to avoid this egregious attack on gun rights. The reciprocity agreements remained. Yet, that doesn’t mean Michael Bloomberg and his anti-gun minions are giving up. They’re mounting yet another effort to try and shake up the state, pouring more money into down ticket races this year. It’s the third invasion of Virginia (via WaPo):

Everytown for Gun Safety Action Fund, the campaign arm of one of the nation’s biggest gun control groups, announced Thursday that it would spend at least $1 million in Virginia as part of an “initial investment” to elect Democrats in November.

The fund is donating $450,000 directly to gubernatorial contender Ralph Northam, and spending $250,000 on mailers on his behalf. It’s also giving $300,000 to Attorney General Mark Herring for his re-election bid, as he faces attack advertising from the National Rifle Association.

“We are making this initial investment because Ralph Northam and Mark Herring have been forceful champions for gun violence prevention in Virginia, while their opponents subscribe to a dangerous ‘guns everywhere’ agenda,” Brynne Craig, a senior strategist for Everytown, said in a statement.

In the first bout back in 2013, Bloomberg was successful; McAuliffe and Herring were elected, with the latter receiving $1 million ad blitz. He won by less than 200 votes.

In 2015, Bloomberg decided to set $2.2 million on fire in an effort to flip the state Senate, hoping to flip two seats. It failed. Now, he’s coming in with the second wave. So far, Democratic gubernatorial candidate, Ralph Northam, has outraised Republican Ed Gillespie, but the race is now a dead heat, with Herring leading by five points over Republican John Adams in the attorney general race. The question of course is turnout, which Democrats don’t do well in off-year races, but a Suffolk poll also had the race in a dead heat between Gillespie and Northam. Yet, even if Herring manages to win, the deal struck between McAuliffe and Republicans removed the attorney general from the reciprocity review process, so if the aim is for another push at stripping gun rights again—this isn’t going to happen. As for Northam, yeah, he wants to restrict gun purchases to one a month, have a ban on so-called assault weapons, and expand background check--all of which are not going to happen under a Republican legislature.