What Is It With Liberals Tripping Over This Fact About The Jacksonville Shooter? 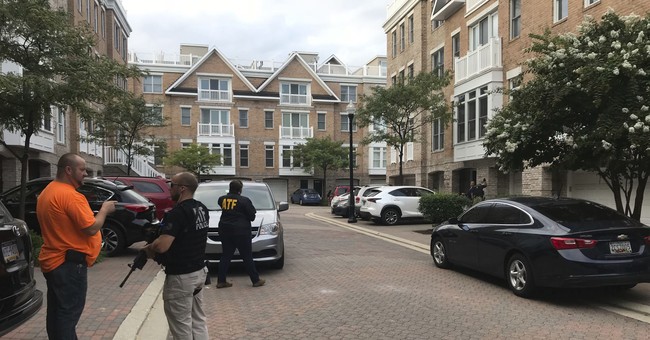 David Katz shot and killed two people over the weekendduring a Madden 19 tournament in Jacksonville, Florida. He had a history of mental illness, was hospitalized for it twice as a teenager, prescribed medications, and somehow was able to buy two handguns. We don’t know if he had a Maryland concealed carry permit. He lived in South Baltimore. Yet, with that line of questioning, how did a person hospitalized with mental illness obtain firearms and a CCW? Both require background checks—and ATF confirmed that Katz caught these firearms legally. This is more of a getting a clearer picture line of questioning, however, because even if Katz didn’t have a history of mental illness, he had firearms in the state of Florida illegally; Maryland does not have reciprocity with the Sunshine State. The point is in either scenario; Katz shouldn’t have been able to purchase firearms. Yet, anti-gun activists, like David Hogg, are directing their ire towards the usual targets, like Sen. Marco Rubio (R-FL), because there was another shooting. It’s time to make noise and try to stay relevant time for these anti-gunners. I mention Katz’s residence because that seems to be getting lost in the ether, as activists and some media figures have been hammering Florida’s gun laws. Dear liberals, he bought his guns in Maryland, which has some of the most stringent anti-Second Amendment laws on the books. \

How many mass shootings in your state will it take for you to do something?

The shooter used a handgun, no Democrat (outside of NY and CA) would vote for a ban on handguns, the shooter is NOT from Florida, he’s from liberal Maryland. https://t.co/BlMoUORYT0

This is shameless. What we know so far:

Hogg immediately got on Rubio’s case asking him what he would do? There was no AR-15 here. That shiny object can’t be used here, David. Are you going to push Democrats to vote for handgun bans, which has zero chance of passing—even at the state level. Again, Katz was a Maryland resident. As for the media reaction, one of the worst is probably MSNBC, no shocker there, where Ali Velshi decided to do a segment on Florida’s gun laws, which was not relevant. Oh, and he doubled downon airing the segment too (via Washington Free Beacon):

David Katz, a 24-year-old Maryland resident, armed himself with a .45 and a 9mm pistol and then opened fire at a video game tournament in Jacksonville, killing two and injuring at least 12 on Sunday. He bought both guns legally in Baltimore; authorities think he only used one gun in the attack before he committed suicide.

Velshi acknowledged at the outset of his segment there was still more to learn about the gunman before he launched into a screed against Florida's gun laws. They have been under fresh scrutiny in the wake of February's mass shooting at Stoneman Douglas High School in Parkland.

"As we wait to learn more about the Jacksonville shooter, where he got his gun and how he got it from Maryland to Florida, it is worth looking at the gun laws in Florida," Velshi said on Monday. "Florida does not require a permit to purchase rifles or handguns. It does not require any firearm registration either, or any licensing for gun owners."

Maryland has some of the country's strictest gun laws. To buy the guns, he would have had to obtain a handgun qualification license from the state police before buying a pistol or revolver, which would mean submitting his fingerprints, passing a background check and passing a firearms safety training course, CNN reports.

Here’s how ridiculously easy it is to get a gun in Floridahttps://t.co/T3HZiWisTl

The attacker in Jacksonville this weekend bought his gun in Maryland which has some of the strictest gun control laws in the country. Ali Velshi knows this but misleads his audience anyway. https://t.co/tTa4jNS17Z

Guess what, MSNBC. A lot of states don’t require registration. Maryland requires that handguns be registered, which again, redirects questions as to how Katz was able to buy two handguns, given his ailments, but rifles are not. Generally blue states requires a permit to purchase, which is an egregious obstacle to the full exercise of law-abiding citizens to obtain firearms. These so-called lax gun laws in Florida are not news. It’s not news anywhere, actually. For most states, this has been established law for years. For others, those who have adopted constitutional carry (which is what all 50 states should be) you don’t need a permit to carry. Around a dozen states have adopted these types of carry laws and one of them is Vermont.

The media has yet to learn to quit tripping over itself when it comes to reporting mass shootings. They still don’t know the lexicon or the existing laws—and yes, that does matter. If you don’t want to get slapped for not knowing the difference between may issue and shall issue, automatic and semi-automatic, clip and magazine—do some research. You know what a great resource is: the National Rifle Association.  Until then, I think the elite media and professional activist class will continue to peddle straight trash about gun laws and the Second Amendment. It’s not about facts; it’s about the narrative. And in this case, the Left’s narrative got filleted.

Katz reportedly committed this attack because he lost a game. He later committed suicide.

Not sure what th “except” is, Dana. I said at the beginning of my segment that the shooter was from Maryland and got his gun there. That wasn’t the point of the segment, which was entirely accurate. It was about guns in Florida