Intolerance: Oh, So This Is Why Around Half Of Liberals Can't Stand Being Around Trump Supporters 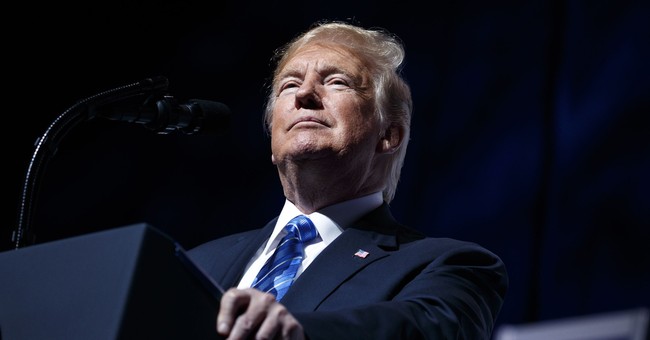 Liberals say they’re tolerant. They accept all peoples and ideas, right? Well, that doesn’t appear to be the case. I know we’ve heard this before: liberals are more likely to unfriend you on social media due to political differences. Now, in the Trump era, it seems they can’t stand even being around Trump voters at all. More specifically, nearly half of liberals feel that if a friend supported Trump, it would strain a friendship, according to a Pew study, whereas only 13 percent of Republicans feel the same about those who voted for Hillary Clinton. And part of that is due to the fact that liberals live in a bubble (via WaPo) [emphasis mine]:

The poll shows almost half of liberal Democrats — 47 percent — say that if a friend supported Trump, it would actually put a strain on their friendship. Among Democrats and Democratic-leaning voters more broadly, the number is 35 percent. White and more-educated Democrats are more likely to feel that it's tough to even be friends with a Trump supporter.

And while partisanship and tribalism are pretty bipartisan things in American politics today, Democrats are actually substantially less able to countenance friends who supported the wrong candidate: Just 13 percent of Republicans say a friend's support of Hillary Clinton would strain their relationship.

Part of the reason for the imbalance is likely that liberals tend to live in more homogeneous places and don't even associate with conservatives.Another Pew study last year showed a whopping 47 percent of people who planned to vote for Clinton didn't have any close friends who were Trump supporters. By contrast, 31 percent of Trump supporters said they didn't have any friends who backed Clinton.

Well, if you have a liberal “friend” who feels that way about you, my suggestion would be to get new friends. I use to ask how weak do you have to be to find it intolerable to even be in the same space as a Trump voter, let alone find it stressful to be friends with one due to differing political views?  Now, given Hillary Clinton calling those of us who voted for Trump deplorable, plus the endless rage we’ve seen from liberals since 2016, maybe we’re getting scientific notes that these people just plain hate us.

They hate conservatives. They hate our country. They hate the American flag. They hate police. They hate traditional values. They hate rural voters. They hate rural America. They hate working class people. They hate those without college degrees.  They hate anything not situated in urban America. Why? Because they live in the cultured parts of the country, you know—where things matter; a point that Hillary Clinton made known in her endless whine fest since her upset defeat. Nevertheless, I have liberal friends on social media. I don’t know how they feel about me, but I’m certainly not going to engage is stupid social media purges because they like Hillary Clinton. At the same time, I’m not unnerved by the recent trend towards tribalism we see in American politics. We can be who we want to be and know where we all stand, folks. There’s something honest about that.