Choke On It, Democrats: Unemployment Heading For A 50-Year Low Under Trump 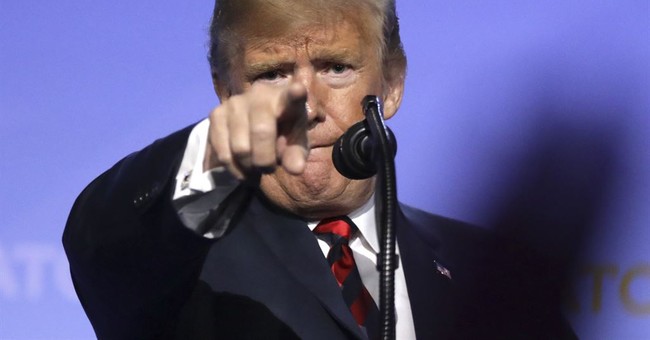 What’s that? Unemployment is about to hit a record low. Yes, it is. Ever since President Donald J. Trump signed major tax reform legislation into law, the economy has been booming. Strong job growth, rising wages, and three million jobs created since Trump was sworn into office. There are now more jobs than there are job seekers. Over three million workers from over 250 companies have been given bonus checks averaging $1,000 or more. Guy has a lengthy post detailing the strong retail sales report from June, along with another company, Mack Molding, announcing a $5.4 million expansion that will create another 100 jobs thanks to the tax reform bill. Oh, and hiring in America is at an 11-year high. And to add another bit of positive news, unemployment could hit a 50-year low under Trump (via WSJ):

Economists expect the low U.S. unemployment rate to go even lower over the next year, reaching levels not seen in a half-century.

Private-sector economic forecasters surveyed in recent days by The Wall Street Journal on average saw the jobless rate—4% in June after touching 3.8% in May—falling to 3.7% by the end of 2018 and 3.6% by mid-2019.

“We will see a bit stronger demand because of tax cuts and federal spending increases this year and into 2019, so businesses will be hiring,” he said

Second quarter economic growth is projected to hit four percent. Black unemployment has reached a historic low as well under Trump. When liberals and Never Trump Republicans wonder why the party is behind this man, it’s because his agenda, which gives conservatives almost everything they want, has generated a booming economy. So far, the experts agree that the Trump economy is unstoppable. Yet, this economic powerhouse could end if Democrats retake Congress.