Hollywood Director: Trump Could Be One Of Our Greatest Presidents--And I Voted For Bernie Sanders 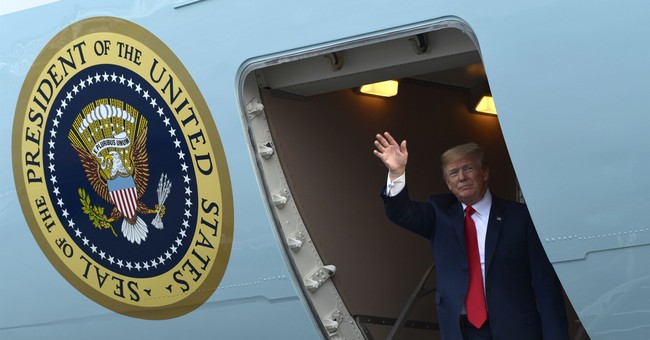 He’s an acquired taste as a filmmaker, but director David Lynch had something gutsy to say about the Trump presidency. Lynch, who has directed mind-bending films, like Eraserhead and Lost Highway, said that it’s quite possible Donald Trump could go down as one of the greatest presidents in American history. Why? He’s nuked the system. He also said that as of now, there is no way to effectively counter the man intelligently.

Lynch is not a die-hard Democrat, nor is he a Republican. He’s admittedly all over the map. He voted for Bernie Sanders in the 2016 primaries, and might have voted for Libertarian Gary Johnson in the general election, though he cannot say for certain (via Variety):

In an interview with the Guardian published on Saturday, David Lynch talked about his new book “Room to Dream,” shot down “Twin Peaks” theories, and ultimately declared that Donald Trump may hold a special place in presidential history.

Despite being undecided about Trump, Lynch noted that “He could go down as one of the greatest presidents in history because he has disrupted the thing so much. No one is able to counter this guy in an intelligent way.”

The “Eraserhead” and “Mulholland Drive” director also described how, while Trump may not be doing a good job himself, he is opening up a space where other outsiders might. “Our so-called leaders can’t take the country forward, can’t get anything done,” he said. “Like children, they are. Trump has shown all this.”

Lynch also shared in the interview that he is politically all over the map, having voted for Bernie Sanders in the 2016 Democratic primary and thinks — but is unsure — that he voted Libertarian in the presidential election. “I am not really a political person, but I really like the freedom to do what you want to do,” he said.

So, there is at least one person in the deep blue bastion of Hollywood who is willing to give Trump credit. On the other hand, Lynch might have to experience becoming a pariah in that town. At the same time, he’s already pretty out there with his work. It’s still pretty good though.