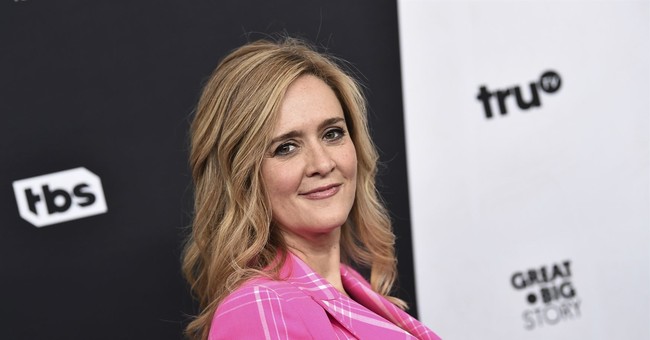 Well, if there’s one media outlet that won’t be attending the Western Conservative Summit hosted by the Centennial Institute this week, it’s Samantha Bee’s Full Frontal crew. It’s not like they were there to cover anything; they were there to make conservatives look bad—again. Yes, they’re a comedy media team. Yes, they’re total garbage human beings. And yes, the Centennial Institute could deny them credentials. If I applied to go to the left wing Netroots Nation again, I probably would be denied as well.

During the [2016] campaign, Bee dispatched a correspondent to go shoot fish in a barrel at something called the Western Conservative Summit, which the reporter described as “an annual Denver gathering popular with hard-right Christian conservatives.” He interviewed an earnest young boy who talked about going to church on Sundays and Bible study on Wednesdays, and about his hope to start a group called Children for Trump. For this, the boy—who spoke with the unguarded openness of a child who has assumed goodwill on the part of an adult—was described as “Jerry Falwell in blond, larval form.”

And now we have her calling Ivanka Trump, First Daughter and senior adviser to the president a “feckless c**t” for not standing up to her father’s immigration agenda. Yeah, she apologized, but after all of these instances, does she really mean it? No. She hates Trump, his family, his supporters, and rural America in general. It was a huge in-kind contribution, one that should be replayed for conservatives who might think that there could be a scintilla of good in an American liberal, and that we can get along. There isn’t and we can’t. Sorry, why would I waste my time with you, Mr. or Mrs. Liberal who thinks it’s fine to throw the c-word around when the person you’re trashing is not one of you? Why? There is liberal media privilege. It’s been around for decades. Should we get into the gutter with them? I’m not opposed, but I would rather beat them at the ballot box.