Happy Tax Day: 80 Percent Of Americans Will Be Getting A Cut Thanks To Trump Tax Bill 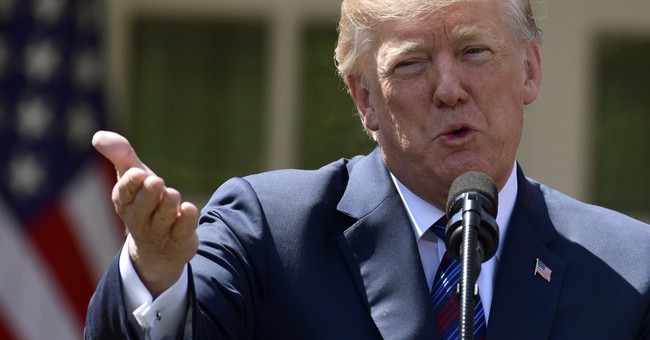 Today is Tax Day. It’s the day where the Internal Revenue Service takes their yearly pound of flesh to the government. And for 80 percent of Americans, they’ll be getting relief thanks to President Trump and the Republican Congress passing the most extensive tax reform since the Reagan administration (via NTK Network):

That estimate comes not from the GOP, or even from a right-leaning outlet, but from the Tax Policy Center (TPC), a left-leaning think tank.

Only 4.8 percent of Americans will see a tax increase, with most tax increases concentrated in the top half of taxpayers.

More than half of taxpayers in each income quintile will see a tax cut in 2018:

86.8 percent of the second-lowest 20 percent of earners will see an average tax cut of $480

91.3 percent of middle-quintile earners will see an average tax cut of $1,090

It was railed as a giveaway to the rich and well connected. It wasn’t. Most Americans will be getting a tax cut, including 91 percent of those in the middle class, something that CNN’s Jake Tapper brought up last December in an interview with Sen. Bernie Sanders (I-VT). It’s an overwhelmingly pro-middle and working class bill. Over 250 companies have benefitted from this law, with over three million workers receiving bonuses as a result. It’s created a better job creating and investing climate. Some 2.6 million jobs have been created since June 2017 and the CBO projects an additional 1.1 million jobsto be created over the next ten years thanks to the new bill. While the bill’s approval was dismal when it was first past, it’s seen an incremental increase as employees and employers have felt its benefits.

It’s not like we didn’t see this coming. As the Democratic propaganda machine was working hard to smear this legislation, CBS News found three families, a single mother, a married coupled (no kids), and another married couple with three kids, from different parts of the county. The single mother lives paycheck-to-paycheck in a rented home in North Carolina. The married couple with no kids lives in a home in Rhode Island. They’re college educators. The married couple with three kids lives in tax-heavy California and recently started a cycling business. All three families saved money under Trump’s tax law—even the family living in the People’s Democratic Republic of California.

So, happy tax day, everyone.