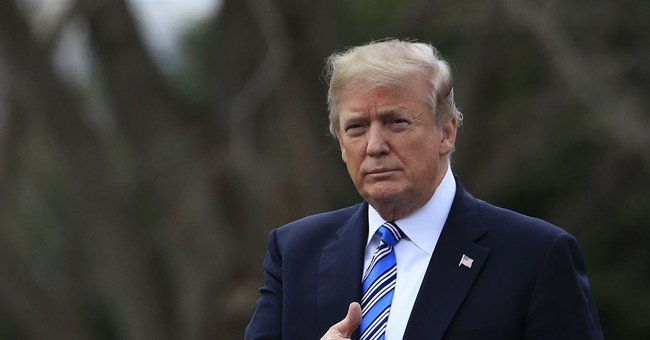 The decision for the Democrats to oppose a tax reform package that benefits the working and middle class of America seems to be looking more and more of a blunder with every passing week. First, if you ignored the Democratic propaganda on this legislation and looked at the initial findings, at least 91 percent of middle class Americans would benefit from this bill. That’s something CNN’s Jake Tapper brought up to Sen. Bernie Sanders (I-VT) last Christmas, which Sanders said was a good thing, but the bill didn’t go far enough, or something. It was a classic moving of the goal posts.

Since the tax bill was signed into law, over 250 companies have issued bonuses to over three million workers. Bonuses range from $1,000-3,000. Companies are now saying they’re increasing philanthropic giving, raising wages, re-investing back into in the U.S., and offering new benefits. From the banks to the Olive Garden, new benefits are being ushered in thanks to a better job creating and investing climate President Trump and the Republicans have worked to create, climbing out of the hyper–regulatory state the Obama administration sought to create.

In December, CBS News found three families from different backgrounds: a working class mother living paycheck-to-paycheck in North Carolina, two married college professors in the Northeast (no kids), and a married couple with three children in California who had just started a new business. The working mother was a renter, while the two married couples were homeowners. All three would benefit from Trump’s tax bill, even the couple in deep blue California, who are set to save up to $13,000 thanks to increase child tax credits and reduced rates.

Yes, the GOP tax bill’s approval was dismal when it was first passed, but this was bound to change.  The Washington Post combed through the bill and even they admitted that overall 80 percent of Americans, including 91 percent of the middle class, would be paying less in taxes. There was a possibility that this bill was going to become more popular. So, what are Democrats to do?

Because that is what turned out to be the case. In early February, the bill climbed 21 points in approval since December, with those opposing and approving the bill evenly split at 44 percent. Now, The New York Times/SurveyMonkey has a new figure: 51 percent. The Trump tax bill now has majority support. Even support among Democrats, while very small, has doubled:

Over all, 51 percent of Americans approve of the tax law, while 46 percent disapprove, according to a poll for The New York Times conducted between Feb. 5 and Feb. 11 by SurveyMonkey. Approval has risen from 46 percent in January and 37 percent in December, when the law was passed.

“Public opinion is moving in the direction of this bill,” said Jon Cohen, chief research officer for SurveyMonkey. “Considering where it was, it is dramatically different.”

“It’s less of a sure bet than it seemed in December,” he said. “This isn’t a problem yet for Democrats, but the movement isn’t a positive one.”

“I think we are essentially seeing Republicans ‘come home’ on the tax plan in our data,” said Lori Weigel, a partner with Public Opinion Strategies, a Republican polling firm. “That is certainly in part due to consistent communications about the tax plan and the news coverage of prominent companies investing in workers.”

Democrats have done little to counter the Republican messaging and concede it has had an effect, along with a series of high-profile company announcements of bonuses, raises or other benefits attributed to tax savings.

But they are ramping up efforts to rebrand the law as disproportionately helping shareholders and the wealthy, and they contend the boost from bonus announcements will fade.

Right now, the Democrats are scrambling, unable to stem the flood of good economic news from this bill. They’re eating some serious crow on this one. And they already have tired to spin this bill as a giveaway to the wealthy and corporations. Obviously no one cares, as support for this legislation has on an upward trajectory. Democrats need to learn that we’re not Europe. We’re typically not an envious people, hence why we don’t have a successful hard-core socialist party here, though you can make the argument that the Democratic Party is becoming that vessel. Becoming rich is what we aspire to become, not to destroy. If American workers are getting something extra in their paychecks—and they are—you’ll see what happens. And it looks like they’re warming up to the GOP’s tax reform.

Also, if you want to build a solid base of opposition, maybe don’t say that the workers who received bonuses of $1,000 (some have received a lot more) are nibbling on mere crumbs. The mockery and disdain the American Left has shown workers in recent weeks has been nothing short of appalling. You’re too poor to invest and save. You’re too stupid to understand the GOP is having you. You’re too country bumpkin to get that we’re the party that’s for your economic interest, not the GOP—these are just some of the sentiments heard. The GOP bill now has majority support, and I’ll bet it’ll continue to become more popular.