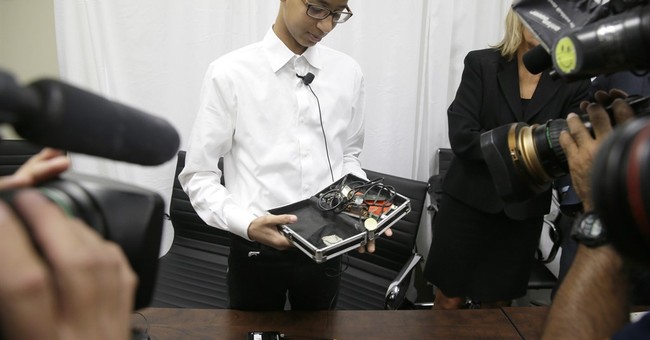 "Clock Boy" Ahmed Mohamed's lawsuit against the city of Irving, Texas and its school department has been dismissed nearly two years after it was filed.

Mohamed made national headlines in 2015 when the then-14-year-old brought a home-assembled clock to class at MacArthur High School in Irving. His teacher, believing the device to be a bomb, reported it to the school principal, who called the police.

Irving police took Mohamed into custody and interrogated him, believing he intentionally tried to cause a bomb scare. No charges were ever brought, but the case received widespread media attention because of the allegation Mohamed was singled out for his Islamic faith.