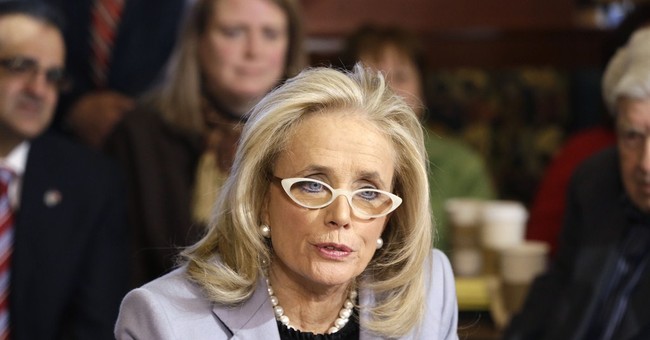 While Democrats’ enthusiasm is sky high for 2018, there is at least one party member who has a more tempered reaction. Rep. Debbie Dingell (D-MI) threw cold water on her party’s 2018 hopes, noting that there’s still a lot of time between now and Election Day. Dingell mentioned this while being interviewed by MSNBC’s Kasie Hunt last week, insinuating that anything can happen. She can speak from experience, as she tried to warn Hillary Clinton and the Democrats that Trump could win the 2016 election (via Free Beacon):

Rep. Debbie Dingell (D., Mich.) appeared on MSNBC on Sunday evening to discuss her party's push for gun-control legislation, and host Kasie Hunt brought up the midterm elections. Democrats are bullish about taking back the House of Representatives this year for the first time since losing it in the Tea Party wave in 2010.

"On the midterms, are Democrats going to retake the House of Representatives?" Hunt asked.

"I always say ‘don't mean to be Debbie Downer,'" Dingell said. "But having been someone that—no one believed her—said that President Trump could be elected, I'd much rather be where Democrats are right now, but it's a long time between now and November."

"We need to remember there are a whole lot of issues people care about, and the economy front and center is one of them, so we ought to talk about the economy," she added.

The Michigan Democrat has pushed back against progressive commentaries that Trump voters are racist, noting that Trump came into her state, showed he cares, showed that he can listen, and was willing to help Rust Belt Americans who were long relegated as unimportant my national Democrats. Dingell has also lamented that identity politics has hijacked her party—and she’s not wrong about identity politics and her party’s 2018 hopes.