Michigan Democrat: I Warned My Party That Clinton Was In Trouble Here–I Was Called Nuts 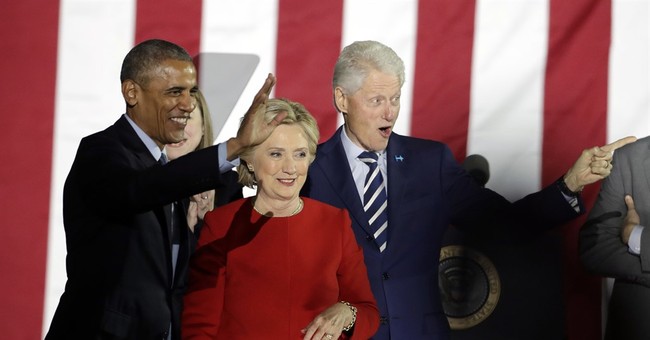 Rep. Debbie Dingell (D-MI) isn’t being quiet about her role in the election, which was being the canary in the coalmine regarding the incredibly fragile position of Hillary Clinton in the state of Michigan prior to Election Day. She warned that President-elect Trump could win the state for Republicans for the first time since 1988, but was ignored by those in her party, who said she was being hyperbolic. She was also called nuts. In an op-ed for The Washington Post, she pretty much outlined how Democrats didn’t properly read the tealeaves in the state, even after the auto bailout. With wages stagnating, these folks were more than ever ready to vote for somebody new. That person turned out to be Donald Trump:

I was the crazy one. I predicted that Hillary Clinton was in trouble in Michigan during the Democratic primary. I observed that Donald Trump could win the Republican nomination for president. And at Rotary clubs, local chambers of commerce, union halls and mosques, I noted that we could see a Trump presidency. “That’s Debbie, it’s hyperbole, she is nuts.”

My district reflects much of this country’s diversity. Ann Arbor is a university- and start-up town. Ypsilanti is urban, and its issues mirror those of larger cities such as Detroit and Chicago. Dearborn is headquarters to Ford Motor Co. and has the largest Muslim population in the country. The “Downrivers” — a collection of communities south of Detroit — mean auto plants and manufacturing with strong union membership.

Much of the district is Democratic and those voters strongly supported Bernie Sanders in the primary. That result didn’t surprise me, but it did infuriate me that Clinton and her team didn’t show up until the weekend before the primary, when it suddenly became clear they had a problem. I took Bill Clinton grocery shopping that Saturday — too little, way too late. They never stopped on a campus; never went to a union hall; never talked to the Arab American community. Sanders was in my district 10 times during the primary. How would any sane person not predict how this one would go? It was fixable for the general election.

The ordinary working man or woman in this country isn’t asking for a lot. They want to make a decent living. They want to be able to provide for their family, buy a home in a safe neighborhood, put food on the table, go the doctor when they need to, afford their medicines and educate their children. What many don’t understand is how these things are in danger of becoming unattainable for too many Americans.

In my first week as a member of Congress, I flew to Michigan with President Obama to visit an auto plant and see the results of his policies that saved the auto industry and thousands of jobs in Michigan. At the time, I thanked the president profusely for his leadership because I know what would have happened to my state and the country had he not implemented his strong economic plan.

But I also said to him: Mr. President, with all due respect, many of these workers don’t translate what you have done to them. They don’t feel better off. Their real wages have not risen in decades, and in fact for many it has dropped.

Well, in the end, Michigan will be called for Trump. One hundred percent of the precincts are in, with Trump ahead of Clinton by a little over 13,000 votes. Pennsylvania, Wisconsin, and Ohio also voted to Make America Great Again this cycle; Wisconsin went Republican for the first time since 1984. The blue wall came crashing down, but you can bet that Dingell and other Democrats are already plotting to rebuild it, especially when the 2018 midterms roll around. Republicans maintained control of Congress as well—and expanded their majorities in state legislatures. Republicans are now the dominant political force in the country. It’s time to govern effectively. They have to deliver. Just as millions of Obama supporters who flipped for Trump, along with the legion of white working class voters who also voted Republican, they can turn in an instant.