Well, It's Happened: The Trump Tax Bill Is Becoming More Popular And Democrats Are Scrambling 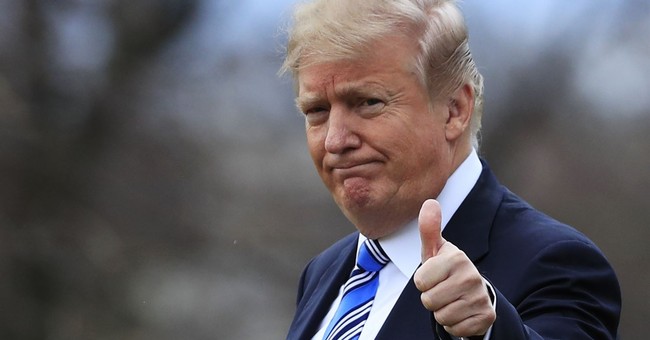 It’s happened. We saw this coming. In fact, unlike Obamacare, it was almost guaranteed to happen: the GOP bill is becoming more popular. It’s now split 44/44 percent supporting and opposing the legislation. That’s a 21-point jump from December when it was signed into law by President Donald J. Trump. The polling was dismal on the bill then, but Republicans held firm and passed it via reconciliation. Not a single Democrat voted for the bill; a bill that provides middle and working class tax relief. It was even asked back then: what will Democrats do when his tax reform becomes more popular?

Well, continue to get beaten and bloodied in the face for all the rakes they’re stepping on, apparently. Since the law went into effect, it’s created a better job creating and investing climate. Over 250 companies have issued bonuses to over three million workers. Bonuses range from $1,000-3,000. Companies are boosting employee investment and boosting charitable giving. Apple is finally able to repatriate some $250 billion in overseas money now that the rates are nowhere near crazy levels. They’re also planning a $350 billion reinvestment project over the next five years that will create 20,000 new jobs.

People like what they’re seeing in the paychecks. Not the CEOs, the folks on the factory floors; the grinders who now see a bump in their pay. Democrats voted against this. They voted against the American worker to try and torpedo Trump. In actual fact, the success of this law could help the GOP keep the House in the upcoming midterm elections. We saw the Left eating crow on this during Christmas time. Sen. Bernie Sanders (I-VT) saying it’s good that 91 percent of the middle class will receive a tax cut, but it doesn’t go far enough. CBS News found three families from different backgrounds and income brackets and found that every single one of them would ve saving under Trump’s tax plan. From the working mom in North Carolina who admits living paycheck-to-paycheck to the well to do California married couple that started their own business—everyone saved.

Democrats are now panicking. What should their response be in the face of such great news for the country? Denigrate workers’ bonuses by calling them crumbs; that’s one response. As Business Insider put it, they’re scrambling:

…Morning Consult/Politico poll released Wednesday showed that Republicans have surpassed Democrats on the generic ballot, with economic policies being a driving factor.

Democrats are left with few options to counter the Republican narrative that the GOP-led economy is working. On the tax bill specifically, Democrats want to highlight the disparities between individual cuts for middle income Americans and for corporations and high earners.

Rep. Linda Sanchez, who serves as the vice chair of the House Democratic Caucus, echoed to reporters on Wednesday the "crumbs" line from House Minority Leader Nancy Pelosi.

Maryland Rep. John Delaney, who is already running for president in 2020, told Business Insider that Sanchez and Pelosi's comparison of bonuses and increases in take-home pay to crumbs is "of course" bad messaging.

Democratic National Committee Deputy Chairman and Minnesota Rep. Keith Ellison also criticized efforts to diminish relief from the tax bill, but reiterated that "the lion's share of the gains go to the very wealthiest people."

"I would not describe it as crumbs," Ellison told Business Insider. "The income inequality is so bad that if you could pick up 1,000 or 900 bucks, maybe it helps."

Yeah, peddling you’re too poor to start investing with the bonus you received from your employer thanks to the tax bill we all rejected isn’t the best way to sell this.