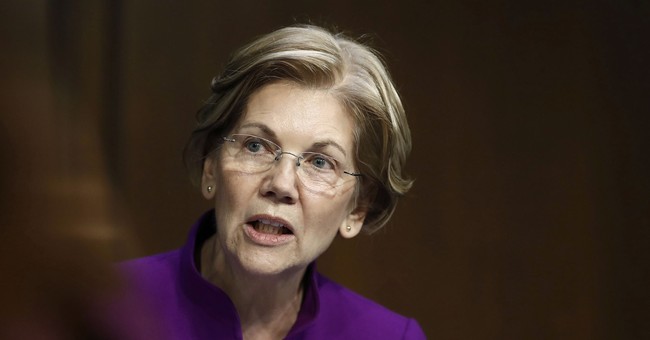 Democrats spent weeks beating up the GOP tax bill. It’s Armageddon. It’s a giveaway to the wealthy. The polling reflected it. Sen. Elizabeth Warren (D-MA) and ex-Sen. Al Franken (D-MN) were so sure that companies would never share the money saved through tax breaks that they made this video below, which did not age well:

Still, when it comes to tax policy, the GOP is pretty much united. With just Republican votes, the legislation, the most extensive tax reform in 30 years, passed. Companies then started giving workers bonuses, with calls to increase philanthropic giving and boost U.S. investment. In all, the Democratic Party was left eating crow as over 100 companies have now given their workers bonuses of at least $1,000 or more. Now, Warren is backtracking.

“Look, I am glad when I read that there are companies that have given out $1,000 in bonuses. There are companies that say they’re going to re-work some of their benefit plans…I’m in favor of all of that. I want to see working families do better—you bet,” she said recently. So, then why did you vote against the bill?

Sen. Bernie Sanders (I-VT) was the first to admit that this bill gives middle and working class families a tax cut. It’s a good thing, he admitted to CNN’s Jake Tapper on Christmas Eve, but it didn’t go far enough. Talk about a shameful moving of the goal posts. Democrats thought the bill wouldn’t pass. It did. They thought it wouldn’t trigger companies to reinvest in their workers. A slate of companies have done just that. This bill will also become more popular. I’m willing to bet a lot on that—and the Left will have to explain why they voted against the American worker, the American middle class, and economic growth when that happens. The Democratic Party was gambling with the financial future and health of American families in order to try ad screw over President Trump because they don’t like him. The GOP has a unique opportunity to deliver a deathblow to the Democrats before the midterms. They need to since the Democrats have the wind to their backs. A smart messaging campaign that tears down their false talking points is a good start. The economy is booming. We’re at four percent economic growth. Consumer confidence is at a 17-year high. The Dow Jones blew past 25,000 once it was revealed that 250,000 private sector jobs were created last December. Apparently, this is all bad news if you’re a member of the Democratic Party. The agenda of getting poorer together is getting upset by the Trump White House.