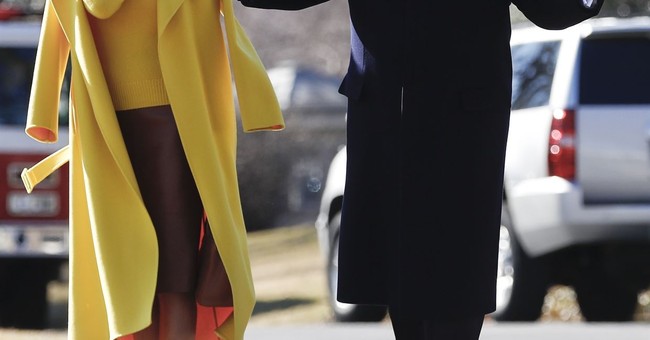 The horror, folks! The apocalyptic effects of the GOP tax reform have struck again. This time MetLife announced that they’re going to raise wages and offer new benefits. So, they’re joining one of at least 250 companies that have offered increased benefits thanks to Trump’s tax reform that was signed into law on December 22. Over three million workers have benefitted from it, much to the chagrin of the liberal media who were hoping Trump would fail, and that working and middle class families would descend into economic misery to better Democrats’ chances in the upcoming elections (via Washington Examiner):

The financial services company will establish a new company minimum wage of $15 an hour, as well as a new group life insurance benefit of $75,000, regardless of an employee’s pay. MetLife is also creating a $10 million skills development fund designed to “accelerate a culture of learning and innovation.”

“As a result of tax reform, we are making a significant investment in our employees. We are enhancing pay and benefit programs and helping them develop skills that will make them more valuable members of our team,” MetLife CEO Steven Kandarian said in a statement. “We are investing in their future and strengthening their long-term financial security with structural improvements that will endure. We are also channeling most of the benefits to employees at the lower end of the compensation spectrum.”

4.2 million hard working Americans have already received a large Bonus and/or Pay Increase because of our recently Passed Tax Cut & Jobs Bill....and it will only get better! We are far ahead of schedule.

MetLife isn’t the only company that announced new economic benefits to its workers thanks to this tax bill. St. John Properties, a Baltimore developing company, will be doling out $1,500 bonuses to its workers as well (via Baltimore Sun):

Baltimore-based developer St. John Properties Inc. will give each of its 180 employees a one-time cash bonus of $1,500 in response to the Republican tax overhaul passed in December.

The company said Monday it made the decision after reviewing expected advantages of the Tax Cuts and Jobs Act of 2017, which slashes the corporate tax rate and reduces taxes for individuals until 2026.

“We are optimistic about the long-term benefits of this legislation and its positive economic impact on our company and employees,” Lawrence Maykrantz, president of St. John Properties, said in an announcement.

The company owns and has developed more than 18.5 million square feet of office, retail, warehouse and flex space in Maryland, Colorado, Louisiana, Nevada, Pennsylvania, Virginia, Utah and Wisconsin. It was founded in 1971.

As the stack of companies and legions of workers who have benefitted from this tax reform grows, the Democrats have a fair share of crow to eat. The most satisfying to watch was Sen. Elizabeth Warren (D-MA), who said she was “glad” that there are companies doling out $1,000 bonuses (some are putting out $3,000), but it’s still a giveaway to the corporations. This line is getting old isn’t it? In her state of Massachusetts, an energy company is projected to cut rates to its customers by millions of dollars in early January. Yeah, this bill helps the American middle class—and Warren and the Democrats voted against it.