Does The Media Have Amnesia? The DHS Already Said No Vote Tallies Were Altered By Russia Last Year 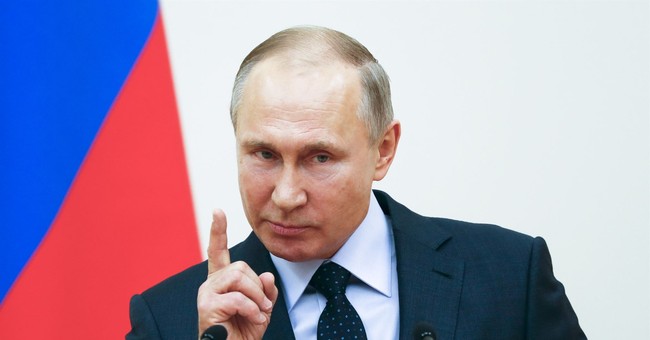 Why do we keep repeating the ‘Kremlin targeted 21 states’ voter rolls’ story as if this is breaking news? It is news, no doubt—but there appears to be some amnesia within the news media about this story. Leah covered this story, which surely got Russian collusion advocates into a frenzy again when Department of Homeland Security cyber security chief, Jeanette Manfra, said that some of the voter rolls in those 21 states were successfully infiltrated:

Jeanette Manfra, the Department of Homeland Security’s head of cybersecurity, said Wednesday that Russia “successfully penetrated” some voter rolls in 2016.

In an interview with NBC News, Manfra said the Kremlin targeted 21 states and “an exceptionally small number of them were actually successfully penetrated.” The department informed the states about the attempted hacks, including in Arizona, Illinois, Alabama, California, Colorado, Wisconsin and Florida, which have confirmed they were targeted.

Okay—disconcerting, but hardly something earth shattering in 21st century geopolitics. Nations hack each other, especially the Russians—even former Director of National Intelligence James Clapper admitted that they hack into the U.S. all the time. The question is were vote tallies altered, which is a popular conspiracy theory among Democrats. There is no evidence to support that bogus claim. Also, it never happened. Former DHS Secretary Jeh Johnson said so. Even former acting cyber division chief Samuel Liles said this in June of 2017.

“We had no indication prior to the election that adversaries were planning cyber operations against election infrastructure that would change the outcome of the 2016 election,” Liles said in his testimony to Congress. “None of these systems were involved in vote tallying,” he added.

So, there’s nothing new here. Yes, the Russians might have infiltrated further than previously thought, but the conclusion has been the same as it was last year: no tampering of the tallies. Even The Washington Post noted how it’s virtually impossible to hack a U.S. election. We weren’t hacked in 2016, or at least not in the way that some progressives think vis-à-vis Russia.