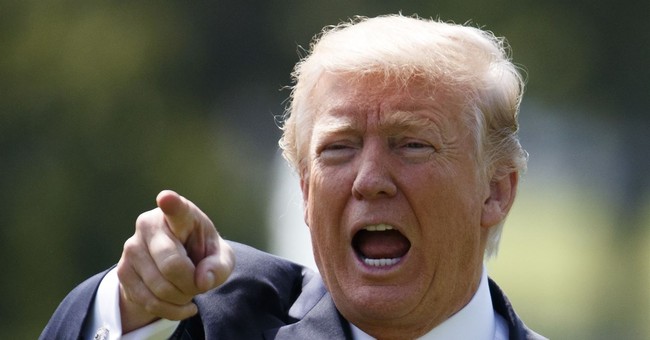 In December, ProPublica reported that a citizenship question might be added to the 2020 census, which has Democrats sweating bullets. Other critics say it will increase the costs of the census and lower response rates. The publication added there hasn’t been a citizenship question since 1950. The final say on the survey is in the hands of the commerce secretary, Wilbur Ross (via ProPublica):

The Justice Department is pushing for a question on citizenship to be added to the 2020 census, a move that observers say could depress participation by immigrants who fear that the government could use the information against them. That, in turn, could have potentially large ripple effects for everything the once-a-decade census determines — from how congressional seats are distributed around the country to where hundreds of billions of federal dollars are spent.

The DOJ made the request in a previously unreported letter, dated Dec. 12 and obtained by ProPublica, from DOJ official Arthur Gary to the top official at the Census Bureau, which is part of the Commerce Department. The letter argues that the DOJ needs better citizenship data to better enforce the Voting Rights Act “and its important protections against racial discrimination in voting.”

A Census Bureau spokesperson confirmed the agency received the letter and said the “request will go through the well-established process that any potential question would go through.” The DOJ declined to comment and the White House did not respond to a request for comment.

“People are not going to come out to be counted because they’re going to be fearful the information would be used for negative purposes,” said Steve Jost, a former top bureau official during the 2010 census. “This line about enforcing voting rights is a new and scary twist.” He noted that since the first census in 1790, the goal has been to count everyone in the country, not just citizens.

The Justice Department letter argues that including a citizenship question on the once-a-decade census would allow the agency to better enforce Section 2 of the Voting Rights Act, which bars the dilution of voting power of a minority group through redistricting.

“To fully enforce those requirements, the Department needs a reliable calculation of the citizen voting-age population in localities where voting rights violations are alleged or suspected,” the letter states. The letter asks that the Census Bureau “reinstate” the question.

Yet, let’s be honest about the Democratic criticism: it’s all about the votes. And if this citizenship question is included, they risk losing a congressional seat in California. That’s why Democratic Gov. Jerry Brown is blowing $40 million on a state-based census program (via Politico):

Fear is rising among Democrats over the prospect that President Donald Trump’s hard line on immigration might ultimately cost California a seat in Congress during the upcoming round of reapportionment.

Top Democrats here are increasingly worried the administration’s restrictive policies — and the potential inclusion of a question about citizenship on the next U.S. census — could scare whole swaths of California’s large immigrant population away from participating in the decennial count, resulting in an undercount that could cost the state billions of dollars in federal funding over the next decade and, perhaps, the loss of one of its 53 seats in the U.S. House of Representatives.

The fears are well-founded: According to the population formula used by Congress to distribute House seats every 10 years, California is currently on the bubble in 2020, on the verge of losing a seat for the first time in its history.

California’s Democratic governor, Jerry Brown, on Wednesday proposed spending more than $40 million on the state’s own census-related outreach efforts to avoid that fate.

“It’s already a toxic environment coming forward from D.C.,” said Daniel Zingale, of the nonpartisan advocacy group The California Endowment. “When you add up all of these things — the abandonment of competent leadership, the proposed citizenship question, the hostile environment toward a state like ours and our diverse population, it is perceived here as a less than act of good faith coming from Washington, D.C.”

Well, we’ll see how this all plays out, but California is pouting about not being represented. First, you lost the election. The Democratic Party lost the 2016 election, so your agenda items take a backseat. That’s the reality. Second, spare me about feeling left out; one-third of congressional Democrats on the Hill come from New York, Massachusetts, and California. Nancy Pelosi, a California Democrat, is the leader of House Democrats. You speak of hostility? Says a state where lawmakers in Sacramento are mulling a bill forcing businesses to fork over half of their savings they’re projected to receive thanks to the Trump tax bill. Oh, and you’ve decided to become a haven for illegal aliens; the people that Democrats decided to use as a reason, albeit a shoddy one, to shut down the government for three days. President Trump campaigned on tougher line on immigration. Deal with it.