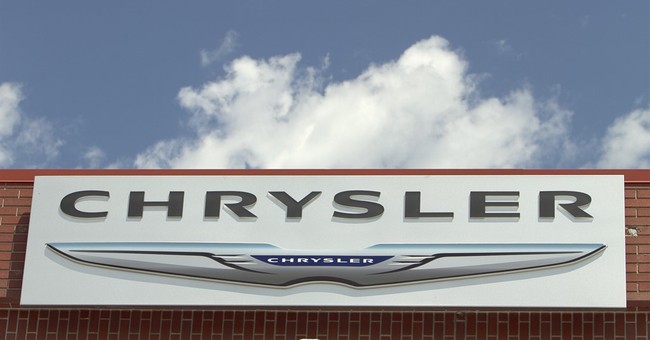 America is crumbling. The end is near. The apocalypse is upon us, except that it’s not. For weeks, Democrats said the GOP tax bill was the worst in history, even worse that the Missouri Compromise or prohibition. Except that it wasn’t. Since President Trump signed the tax bill into law on December 22, scores of workers have reaped its benefits. Over 100 companies and over a million workers have received a bonus of at least $1,000, some companies even gave part-timers a $500 check. U.S. investments from these companies were increased, as was their charitable donations. From airlines to the Olive Garden, companies gave their workers a much-welcomed Christmas present. Additionally, entities have decided to increase their wages as well. Walmart and Capital One announced that they would boost workers wages. Oh, and Walmart will give $5,000 to workers who adopt.

JUST IN: Capital One raises minimum wage to $15 per hour for U.S. employees. https://t.co/jn8limUSe7 pic.twitter.com/ouW67ybMLj

The economy is growing near four percent. Consumer confidence is at a near two-decade high. Unemployment is at record lows. The Dow Jones had a 5,000-point surge in 2017, the greatest increase in its history, and blew past 25,000 last month upon a private sector jobs report that showed 250,000 new opportunities were created for the month. The economy is booming, and now Fiat Chrysler is announcing that they will be doling out $2,000 bonuses to its workers. They will also be investing $1 billion in a Michigan plant (via CNBC):

CEO Sergio Marchionne said in a statement that these announcements reflect the company's ongoing commitment to manufacturing in the U.S. He also cited the recently signed tax bill as an opportunity to share the savings with Fiat Chrysler employees.

The automaker said it will invest more than $1 billion in a Michigan plant and relocate production of its Ram Heavy Duty truck in 2020. That model is currently being produced in Saltillo, Mexico.

Fiat Chrysler said this decision would create about 2,500 jobs in addition to the ones that have been previously announced.

The company said it will also pay 60,000 of its U.S. employees bonuses of $2,000 each. Fiat Chrysler said these bonuses would not include senior leadership.

Democrats voted against this. They voted against middle class tax relief, bonuses for workers, increased U.S. investment, and the American worker. They’re eating crow, and it looks like they’ll be eating more of it.