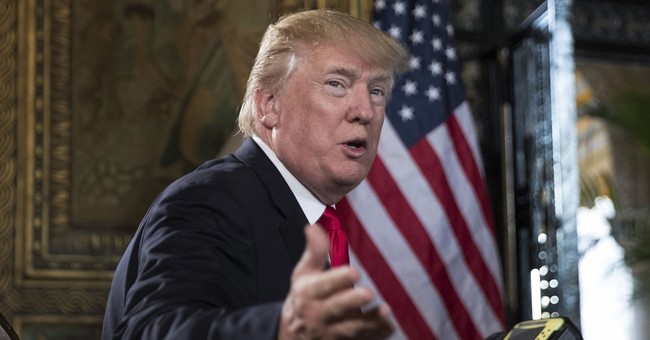 Well, the first year jobs report card is in for the Trump administration—and it’s pretty solid. There’s now enough data to compare President Trump to his predecessors on jobs growth and it’s pretty solid. Even The Washington Post wrote that President Trump, who had the best jobs creating year since Bill Clinton, earned high marks with 1.8 million new jobs created. For December, nonfarm payroll jobs rose by 148,000, while private sector employment rose by 250,000; the latter boosted the Dow Jones to close above 25,000 for the first time yesterday.

Now, while The Post gives Trump good marks, they added the recession that hit Obama at the outset of his term impacted his numbers. Still, the publication admits that for year one, Trump outperformed Obama:

On Friday morning, the government’s Bureau of Labor Statistics released employment numbers for December, bookending President Trump’s first year in office. While the number of jobs added was lower than many analysts expected — up 148,000 — it was a continuation of the trend of growth seen over the course of 2017.

With those numbers in hand, we can now compare Trump’s first year in office to his predecessors’. And in that comparison, Trump comes out looking pretty good.

Trump’s immediate predecessor, Barack Obama, saw a surge in the unemployment rate during his first year, a function of the effects of the recession that was just beginning to wind down. Relative to Obama’s first year in office, Trump’s was consistently very good.

For example, in the number of jobs created or lost over the year: Under Trump, there were 1.8 million more people working in December than in January. Under Obama, 4.3 million fewer.

Trump’s consistently celebrated the economic numbers the country has seen during his time in office and the numbers from the BLS certainly give him some reason to do so. The question from this point, though, is how and if that economic growth can be sustained.

Now, that is the question that will be placed under a microscope by the news media. Frankly, it should. This is a fair question. At the same time, I’m confident that the new tax reform package, the most extensive in three decades, will create the job-creating environment to sustain this growth, even increase it. Consumer confidence is at a 17-year high. Unemployment is at a near two-decade low. Fourth quarter economic growth pretty much hit four percent. And over 100 companies did what Democrats thought they wouldn’t do: dole out bonuses to their workers. A lot of crow is being eaten by left-wingers, who decided to vote against the American worker, middle class, and economic growth in order to undercut the president. Taxes will go down for 80 percent of Americans. Oh, and Apple, who has been waiting to repatriate $250+ billion in overseas money, now sees a chance to do so. CEO Tim Cook always thought bringing that money back was good for the country, but added that the current tax rate was just too insane to make a move. Now, with Trump, the door is open. This was a good jobs month. A good jobs year for the Trump administration, and a good economic year for the country. CNBC’s survey that was released prior to Christmas found that for the first time in 11 years, a majority of those polled were optimistic about the economy. This tax bill will become more popular once Americans see how much they’re saving under the increased child tax credit and the reduced rates. Also, keep watching Trump’s approval ratings. That same survey found that Americans are beginning to credit Trump for the better economic conditions. Democrats may be optimistic about the 2018 elections, as any party in the opposition should be, but we still have a long way to go until November.