Author Of Bombshell, Error-Ridden Trump Book Might Have Opened Himself To Lawsuits 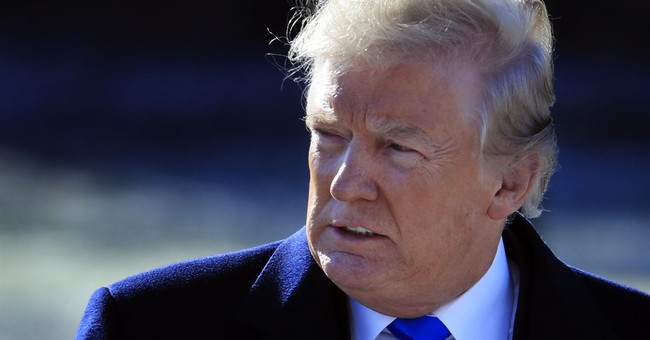 Michael Wolff’s book, Fire And Fury: Inside The Trump White House, has a note in the prologue that an attorney says could open him up to a deluge of lawsuits. The book has already come under siege by the Trump White House for being wildly inaccurate. No shocker on that response, but multiple media figures have voiced their concern over the accuracy of the book as well, with New York Times reporters and CNN hosts saying that Wolff gets basic facts wrong in his book, and that this work really isn’t journalism. Former Obama adviser Steve Rattner called Wolff a “total sleaze bag” and an “unprincipled writer of fiction.” Regardless, Wolff stands by his book, despite all the errors that have been pointed out, like reporters who have admitted to never being at certain meetings to getting the jobs of some of members of the president’s cabinet dead wrong. Case in point, Wolff has Wilbur Ross as the labor secretary, he’s actually the commerce secretary.

Yet, here’s where the legal trouble could begin in the prologue:

Law And Crime’s Ronn Blitzer, a lawyer, has the rundown:

So Wolff flat out says that he believes that at least some of his sources were lying to him, and while he attributes some accounts to their sources, he acknowledges that this isn’t always the case.

This could be problematic for Wolff. He’s being accused of including fiction in what’s presented as a non-fiction book, and he admits that not all of his sources were trustworthy, but he doesn’t specify what’s fact true and what’s false. On its face, this sounds like a classic candidate for a defamation case.

Let’s run through the elements for a defamation claim. There has to be a statement that is 1) false, 2) defamatory, 3) published to a third party, and in the case of statements about public figures (like those included in Wolff’s book), 4) with “Actual malice,” meaning knowledge that the statement is false, or reckless disregard for whether it’s true.

Wolff insisted to NBC’s Savannah Guthrie, “I am certainly and absolutely, in every way, comfortable with everything I’ve reported in this book.” That may be the case, but he may not be comfortable with the potential influx of lawsuits heading his way.

Yet, Blitzer says that there are some areas, where Wolff can mount a defense. First, the sources for some of these accounts are dubious, so he’s not technically saying this is 100 percent true. In essence, if he thought the information he was receiving was true, then it could be argued that he didn’t act with malice, even if the account, or multiple accounts, turn out to be dead wrong. Then again, this is lawfare. This won’t stop people incensed enough from filing a lawsuit, even if there is an adequate defense for Wolff.