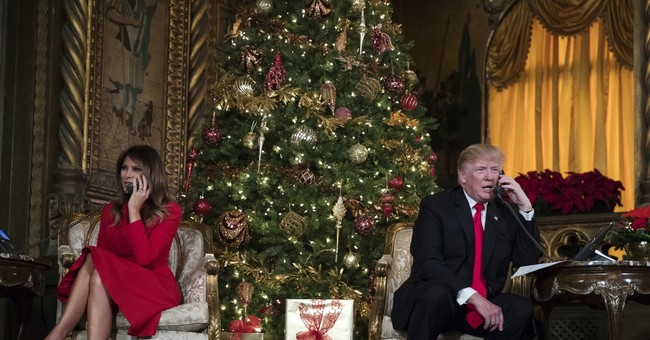 I honestly don’t know if this is satire or not. I could very well be. In Any other universe it would be satire, but in the Trump era, where the media gets it wrong so often—I’ll let you be the judge. We all know how saying Merry Christmas has become a front in the political correctness war. President Trump says it, declaring we can say such a holiday welcome again. It’s master trolling. Yet, Newsweek had the hot take that it was being used to promote white nationalism. No, I’m not kidding:

But critics counter that Trump is promoting a version of the holidays that excludes members of other religions, and that his crusade to bring back Christmas is part of a larger attempt by the president to define America as a country for white Christians alone.

Wishing people “merry Christmas” instead of “happy holidays,” is thus in line with Trump’s decision to ban citizens of Muslim-majority countries from entering the United States, critics say. It fits neatly with his refusal to condemn white supremacists when they march against diversity, and with his condemnation of athletes who protest police brutality against black men.

Trump isn’t the first political figure in history to co-opt Christmas. In fact, some see parallels between Trump’s speeches in front of Christmas trees and attempts by authoritarian regimes like the Nazis to manipulate popular celebrations to promote a political ideology. But by weaponizing Christmas in this way, Trump is bringing a dangerous tradition of politicizing religious holidays into the United States, experts say.

“Because Americans have enjoyed a relatively stable political system, Christmas in the U.S. has been relatively immune to the overt politicization of the holiday," Joe Perry, author of the book Christmas in Germany: A Cultural History, which examines the way Nazis used Christmas to spread fascism, told Newsweek.

Okay—what the hell is wrong with you people? Yeah, I said you people, so deal with it. Christmas is now some surreptitious Nazi plot? Liberals use to mock conservatives, at times deservingly so, about the war on Christmas, but now they’re peddling that wishing people Merry Christmas post-2016 reeks of Nazi plots and white nationalism. Again, this is so out there I don’t even know if this is a serious piece or not. If it is, well, dear Lord, Newsweek.