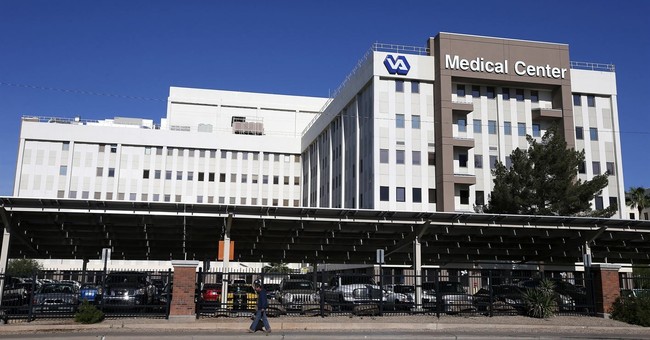 Well, there was more bad news for Veterans Affairs yesterday. Apparently, the VA had hired workers with expired medical licenses for the past 15 years. USA Today reported there was a crossing of the legislative wires in which a 2002 law gave local entities the ability to hire workers as long as they had a valid license in one state. Yet, a 1999 federal law prohibits any health care worker from working at a VA facility if his or her medical license had been revoked in any state. Of course, members of Congress are concerned, with one member saying that the VA appears to be a “dumping ground” for these sorts of individuals in the health care industry. The publication added 31 House members and 14 U.S. Senators have sent letters to VA Secretary David Shulkin expressing their concern. Shulkin has ordered a compete re-writing of the hiring practices for the VA, along with a nationwide review to find if there are any other health care professionals with revoked licenses working in the VA system (via USA Today):

The Department of Veterans Affairs has allowed its hospitals across the country to hire health care providers with revoked medical licenses for at least 15 years in violation of federal law, a USA TODAY investigation found.

The VA issued national guidelines in 2002 giving local hospitals discretion to hire clinicians after “prior consideration of all relevant facts surrounding” any revocations and as long as they still had a license in one state.

But a federal law passed in 1999 bars the VA from employing any health care worker whose license has been yanked by any state.

Hospital officials at the VA in Iowa City relied on the illegal guidance earlier this year to hire neurosurgeon John Henry Schneider, who had revealed in his application that he had numerous malpractice claims and settlements and Wyoming had revoked his license after a patient death. He still had a license in Montana.

The USA TODAY investigation published earlier this month found that in addition to hiring Schneider, VA hospitals have knowingly hired other health care providers with past license discipline. In some cases, they have gone on to harm veterans.

USA TODAY reported that the malpractice claims against Schneider included cases alleging he made surgical mistakes that left patients maimed, paralyzed or dead, and that his veteran patients in Iowa already have suffered complications. One of those patients, 65-year-old Richard Joseph Hopkins, died from an infection in August after four brain surgeries by Schneider in a span of four weeks.

Schneider denied in an interview that he had provided substandard care and blamed poor patient outcomes on other providers or unfortunate complications that can occur in neurosurgery.

Hopkins’ daughter Amy McIntire told USA TODAY this week that she is furious Schneider was hired in the first place and floored by the national policy that allowed it.

“I’m appalled by the ineptitude at the VA,” said McIntire, a registered nurse who noted that an agency so large has numerous staff to write policies and ensure they comply with federal law. “For it just to be ignored, it’s crazy.”

Nearly 50 members of Congress have called on the VA for answers since USA TODAY’s story ran.

Rep. Mike Coffman (R-CO) said, “The dumping ground for all these folks is the VA.” The issues plaguing this agency have been lingering for years. It led to the resignation of former VA Secretary Eric Shinseki under Obama. The waiting times issue was appalling, with the VA Inspector General claiming that hundreds of thousands of veterans may have died as a result of the appointment fiasco. In Los Angeles, nearly 100 veterans died waiting for health care between October 2014 and August 2015, though the report does not explicitly say that the wait times were the reason these patients died. There’s also another report that links veteran suicides to neglect. Some reforms have been enacted, but we still have a ways to go.