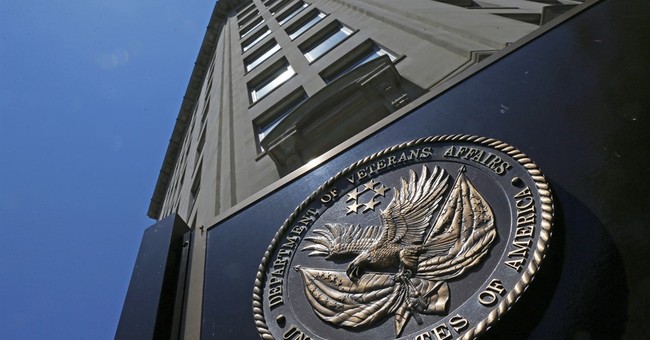 President Donald J. Trump signed into law a Veterans Affairs reform bill that will streamline the firing process for bad employees and shield whistleblowers. It’s something that should be cheered after the horror stories of veterans possibly dying while waiting for their appointments. Such egregious actions have continued ever since the department was embroiled by scandal in 2014. The magnitude of the negligence forced Gen. Eric Shinseki, then-Secretary of Veterans Affairs, to tender his resignation. Well, these tragic stories have not ceased. A new VA inspector general report from the Los Angeles-area shows that almost 100 patients died waiting for care. To be specific, 43 percent of the 225 patients waiting for appointments died between October 2014 and August of 2015. The report does not explicit state that these patients died as a result of the delays, however (via CBS News):

A new report by the VA inspector general shows 43 percent of the 225 patients who died between October 2014 and August 2015 at the Los Angeles VA were waiting for appointments or needed tests they never got. However, the report does not conclude these patients "died as a result of delayed consults."

Susan and Allen Hoffman were happily married for 43 years -- but Allen, a U.S. Navy veteran, was living in pain.

"He had an enlarged prostate and they just kept saying it's not a problem you know, whatever, and then, it started to get worse," Susan says.

He was scheduled to see a specialist in May 2013, but she says that didn't happen.

"She said, 'No, you're here just for a consult. You have to understand people have cancer and he doesn't,'" Susan Hoffman says. "I think we were there for 15 minutes."

Dr. Christian Head is a surgeon at the Los Angeles VA. He says 140,000 patient consults were deliberately deleted.

"The number of patients waiting for care, the deletion of consults, and the wait list were much more significant here than at Phoenix," Head says.

For Mrs. Hoffman, it’s a different story. She does directly blame the VA for her husband’s death. Regardless, it doesn’t take an expert to see that this remains a serious issue that continue to yield tragic results for America’s veterans and their families. In Phoenix, which was ground zero for this entire scandal, delayed care continues to plague this facility three years after the scandal broke, as indicated in a U.S. Office of Special Counsel report from January (via AZ Central):

The independent U.S. Office of Special Counsel says Phoenix's VA hospital "continues to struggle" with delayed care for patients nearly three years after it became the focal point of a national health-care crisis for veterans.

The inspection reports indicate that, more than two years after the VA crisis began, widespread confusion and disagreement persisted among Phoenix employees over appointment-scheduling protocols. Among the key disclosures: