Hispanic Caucus: We Rejected GOP Member Because We Use Our Meetings To Strategize Against Trump 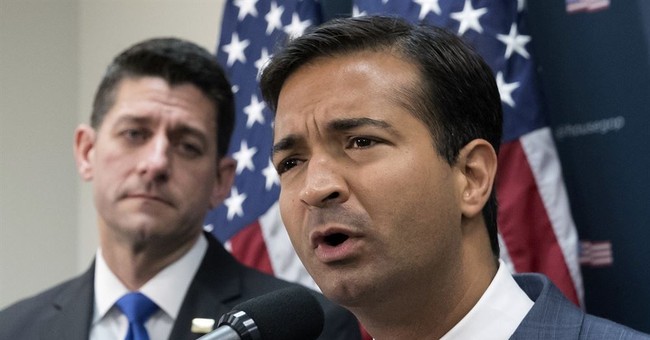 The chairwoman of the Congressional Hispanic Caucus said they denied membership earlier this month to a Republican congressman because the group has to strategize against President Donald Trump and having a Republican in the group would be counterintuitive.

The New Mexico congresswoman noted that end-of-the-year issues like negotiating protections for undocumented immigrants "were all-important issues that the caucus understood" needed certain leverage and that having a Republican in their midst could jeopardize that.

The thing is Curbelo has already voiced his support for any legislation the deals with the issues surrounding the constitutionally questionable Deferred Action for Childhood Arrivals program, something that his spokesperson used to slam Grisham’s remarks. Granted, it’s par for the course for a caucus that’s all Democratic.

Reminder 1: @RepCurbelo has said he would support ANY #DACA fix.

Reminder 2: Currently, 35 @HouseGOP Members support #RACact. If Democrats are sincere about a solution for #DREAMers, with their support that's more than enough votes for House passage TODAY https://t.co/06JUAwUAAI