Poll: Voters Want To Hit The Brakes On Medicaid Expansion 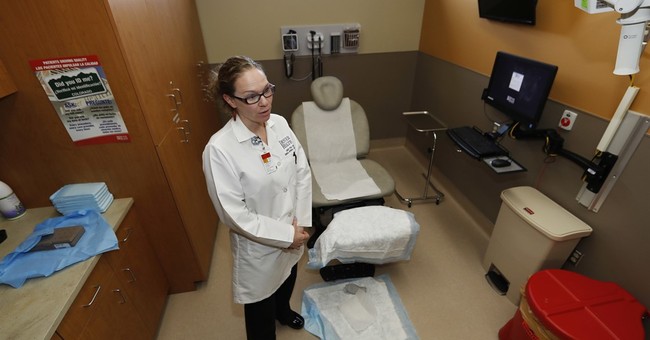 While the Democrats are usually successful in getting Republicans to twist themselves into pretzels over health care, this recent survey over Medicaid could offer some clarity. The Medicaid expansion that we all knew underestimated enrollment and set the stage for state budgets to be torpedoed is not getting any more popular with voters. In fact, a poll from the Foundation for Government Accountability shows that voters want to freeze the Medicaid expansion, which is exactly what the GOP wants to do. When voters are told that the number of able-bodied Americans enrolling is higher than expected, and that it would save $11 billion in the first year and $500 billion after ten years, that such savings could be redirected to infrastructure, public safety, and education—support shifts. Overall, 52 percent of Americans support the “unwinding” of the Medicaid expansion. On a partisan breakdown, 78 percent of Republicans support it, along with 49 percent of independents and 31 percent of Democrats.

Regarding able-bodied Americans, where there are other means of finding health insurance instead of enrolling into a program that was meant for the working poor, 51 percent oppose their continued participation in the Obama-era expansion.

Along party lines, 86 percent of Republicans oppose more able-bodied Americans enrolling into this program, along with 14 percent of Democrats and 55 percent of Independents. On this one, it’s only the GOP and independent voters who back it.

In a statement that accompanied the poll, FGA’s president and CEO, Tarren Bragdon, said:

“The expansion of ObamaCare to able-bodied adults has put the truly needy at risk and has cost taxpayers billions of dollars. The results of this poll reinforce the harm that Medicaid expansion has had—and that voters want change. An enrollment freeze has the potential to save taxpayers at least $500 billion within ten years, preserving funds for education, public safety, infrastructure, and the most vulnerable.

When voters are told the freezing enrollment for the able-bodied will also allow the program to serve the truly needy, support jumps to 55 percent, with 36 percent of Democrats supporting the move, a significant chunk of left-leaning right there.

When you get into the weeds, the program has become something of a humanitarian disaster. Avik Roy, a health care policy wonk, cited a University of Virginia study that showed people with no insurance are more likely to survive than those who were enrolled into Medicaid. On average, state legislatures have to find $2-3 in cuts to save one dollar in Medicaid spending. We can’t make fixes until the Obamacare yoke is thrown off. Right now, the expansion is insanely expensive. In Ohio alone, the expansion executed by GOP Gov. John Kasich could cost taxpayers $27.5 billion by 2020. In September, Sen. Ron Johnson (R-WI) demanded answers since Ohio’s figures for enrollment—shocker—had exploded (The Columbus Dispatch):

Johnson also sent such a letter to the governors of California, Illinois, New York, Michigan, New Hampshire, West Virginia and Hawaii. Their states were among 32 states to expand Medicaid.

In his letter to Kasich, Johnson asks why Ohio’s expansion enrollment “has soared far beyond initial projections.” He said federal data show that enrollment in Ohio rose 42 percent from 2014 to 2015, and by August 2016, the state’s newly eligible enrollment was 60 percent over projections.

Johnson asked six questions about that increase, including whether Ohio has “commissioned or contemplated” any audits to study why the Medicaid expansion costs rose so far above projections. And he wants Kasich to produce documents and communications related to who was eligible for the expansion, as well as the payment rates for insurance companies under the Medicaid expansion.

For now, the Hill's grappling with tax reform, but health care is going to get back on the docket one way or the other. The GOP campaigned for nearly a decade of repealing Obamacare. This cannot be shelved. The base won’t allow it and they shouldn’t either.

The only caveat is that the sample size is only around 523. That's a bit small.