Democratic Senator: Actually, I’m Not For Single-Payer, Americans Should Have Health Care Choices 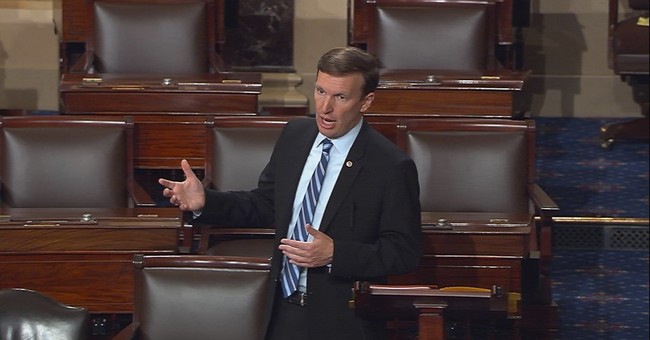 Say what! No seriously—that’s what Sen. Chris Murphy (D-CT) said at an event held by The Washington Post yesterday. Ali Meyer of The Washington Free Beacon has the rundown. The Connecticut Democrat said he’s nixing backing a single-payer health care system for one that offers the consumer choice. The single-payer push has been hard from the progressive left, earning more than a dozen Democratic backers in the U.S. Senate. Its quarterback is Sen. Bernie Sanders (I-VT). Some on the Left want single-payer to be used as a litmus test for candidate support in upcoming elections. Still, it seems most Democrats want to use it as a bargaining chip to improve the failing Obamacare system. That is not going to play well with the younger, more left wing base of the Democratic Party.

Sen. Chris Murphy (D., Conn.) did not vote for the ‘Medicare for All' proposal crafted by Sen. Bernie Sanders (I., Vt.). Rather, he believes individuals should be able to have the choice into which system they want to buy in.

Murphy, who supports a Medicare buy-in system instead, spoke at an event hosted by the Washington Post on Wednesday and explained why he believes this would work better than Medicare for all.

"What I'm suggesting here is that everybody should have the chance to buy in to Medicare, which is the most popular insurance product in the country," Murphy said. "Sen. Sanders has a different idea. He says that over time we should outlaw private insurance and require that people take up Medicare."

"I understand the argument that we might in the end be better off if everybody was on one system of payment but why not let people make the choice themselves, why not let the market determine whether folks want to be on private insurance or whether they want to be on public insurance?" Murphy asked. "I kind of think that if Medicare prices out where I think it will be over time, people will make that choice. They will choose to be on Medicare benefit. But politically it's a lot easier if you let people make that choice rather than forcing that choice upon them."

Maybe Sen. Murphy has been reading some of the polls, which shows that while single-payer is somewhat popular in itself, support drops like a rock when you include the little tidbit that employer-based insurance would be cannibalized in the process.