The Economic Cost of Harvey and Irma: $290 Billion 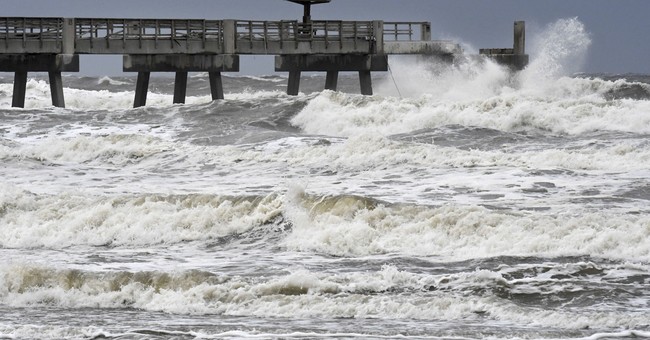 Hurricane Irma has slammed into Florida’s southern coast. More than two million are without power. The storm has been downgrade to a category one hurricane. We do not yet know the extent of the damage, but it’s safe to assume that it won’t be cheap. When you combine Harvey and Irma together, the cost is going to be astronomical. Harvey dumped 33 trillion gallons of water onto the United States. The sheer volume caused the city of Houston to sink. At least 70 people have died due to the storm, which has reportedly “astounded” weather experts. At the same time, while tragic, it is a low number for the intensity of Harvey. Both Harvey and Irma hit the U.S. as major hurricanes.  President Trump signed a $15 billion Harvey relief package, with a three-month debt ceiling increase, into law last week, but AccuWeather reports that the economic cost of both storms could rise to $290 billion:

It has been a destructive and costly hurricane season, following the historic impacts from Hurricane Harvey and now Hurricane Irma.

This is the first time in the history of record keeping that two Category 4 or higher hurricanes, Harvey and Irma, have struck the U.S. mainland in the same year.

"That is extraordinary by itself," Dr. Joel N. Myers, AccuWeather founder, president and chairman, said.

Hurricane Irma will cause damage from all three factors – wind, flooding from heavy rain and damage from the sea in different places in Florida.

While one may not think about hurricane-force winds across the interior, there will be many places well removed from the coast in Florida 25-50 miles inland that will see wind gusts of over 100 mph.

"We estimated that Hurricane Harvey is to be the costliest weather disaster in U.S. history at $190 billion or one full percentage point of the GDP. Together, AccuWeather predicts these two disasters amount to 1.5 of a percentage point of the GDP, which will about equal and therefore counter the natural growth of the economy for the period of mid-August through the end of the fourth quarter," Myers added.

Economic costs are incurred by, but not limited to, the following:

Increased unemployment rates for weeks, and possibly months in some places

-Crop loss, including cotton crop and 25 percent of orange crop, which will impact the cost of consumables for all Americans

-Damage to homes, cars, furniture, antiques, jewelry and other valuables

-Loss of valuable papers, cherished belongings such as photos