ARTICLE RETRACTION: We Fell For A Prank 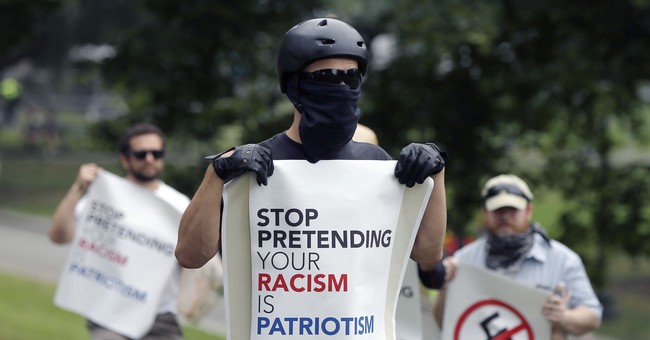 Correction: Well, folks—this is one of those times where something was just too good to be true. In the case of the Boston Antifa Facebook page, it’s a parody. Yesterday, we wrote about a Boston Antifa page called for people who support the U.S. Constitution to leave the city. They also ripped the late Jerry Lewis for embracing white supremacy. Well, it was all a prank–all of it. Maybe the clue was the rather odd slamming of Lewis. At the same time, Antifa’s views are so far out there, it could have been a legit page. Once going to that link the featured their YouTube page, we found that the persons featured on that account was also interviewed by former Fox News commentator Gavin McInnes. It’s there that they reveal themselves as very good pranksters. We wish to thank to those from the outside, whether they’re fans of Townhall or not, for pointing out this error. The article has been retracted and we apologize for spreading the fake news. Yet, if you wish to get a good laugh on your own time, I suggest you visit the page. That being said, what remains true is that because Antifa is fighting Nazis, the KKK, and white nationalists, it doesn't make them the good guys.