American Airlines: We Can’t Verify Lena Dunham’s Transphobic Incident (That She Probably Made Up) 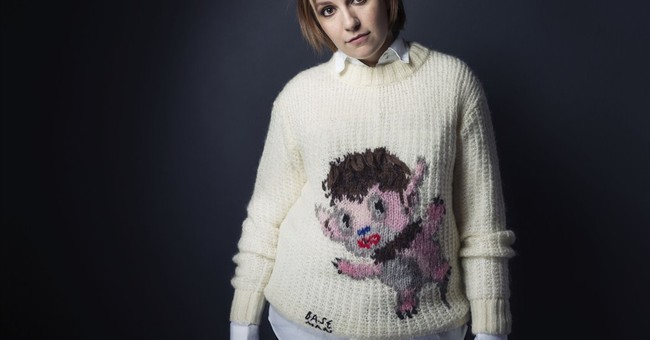 Lena Dunham was triggered when two flight attendants from American Airlines spoke poorly about transgender children. It was a “walking talking” scenario concerning the two attendants in question. She reported the incident to the airline via Twitter, American Airlines said they would investigate the matter, and now they say they can’t verify the account (via Fox News):

Lena Dunham took to Twitter on Thursday to complain about two American Airlines employees she claimed to have overheard engaging in "transphobic talk” — but the airline has since stated that they are “unable to substantiate” Dunham’s version of events.

“We always look into complaints from customers, but at this time, we are unable to substantiate these allegations,” American Airlines tells Fox News.

Dunham first tweeted about the incident early on Thursday morning, while she said she was waiting for her delayed flight to depart from JFK International Airport in New York.

Also, Dunham wasn’t in the right terminal, nor did the time stamps add up (via SF Gate) [emphasis mine]:

A spokesperson for the airline told TheWrap that they are unable to substantiate the allegations made by the creator and star of HBO’s “Girls.” Dunham tweeted around 3 a.m. ET, said the airline spokesperson, when American’s last departure/arrival at JFK was around 1:45 a.m. ET.

Additionally, a video that Dunham posted around the same time showed that the actress was flying on Delta Air Lines, which according to the spokesperson, doesn’t operate out of Terminal 8, whereas American Airlines does. The two are not connected, argued the spokesperson. You can see a map of the terminals here.

So, should we chalk this up as fake news?

so @lenadunham why didn't u confront the attendants, instead of informing like a member of Stasi to their employers? how awful are u? https://t.co/LHLjkKlcim