Feeling Berned: Bernie Sanders Has A Primary Challenger For Only One Reason 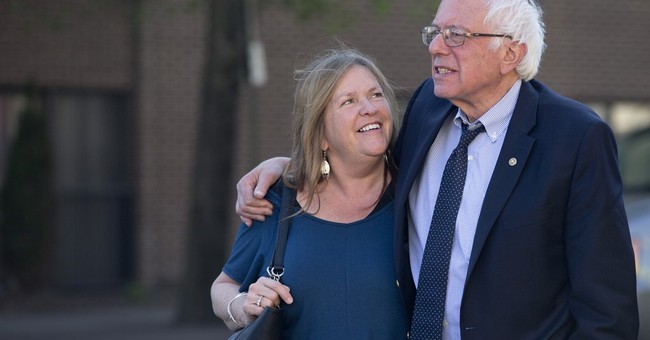 The self-described democratic socialist is insanely popular. He’s pushing for single payer health care, free college, and all of this free stuff that has young people going gaga for him. While the Democrats languish in the post-Trump era, going 0-4 in special elections. They’re trying to use Sanders as a way to inject new life into the party. The problem is while the Left adores Sanders; the big wigs at the Democratic National Committee, namely DNC chair Tom Perez, are booed. The Democrats’ unity tour in April was dotted with such instances; while commentators were noticing how odd it was that the person co-headlining this tour wasn’t even a member of the party.

Yet, while the Left eagerly awaits a Sanders takeover of the Democratic Party, one man in his home state has had enough of him and plans to challenge him over his divisive politics that he feels allowed Donald J. Trump to beat Hillary Clinton (via Newsweek):

Jon Svitavsky, 59, announced this week he planned to challenge the longtime Vermont politician for his seat in his Senate. Svitavsky has never run for public office and is a massive underdog. But he told Vermont Public Radio that Sanders "divisive" politics have hurt the Democratic Party on the national scene and made the rise of Trump possible.

"I don't have any money. I've never aspired for office or power," Svitavsky told Vermont Public Radio in an interview Thursday. "But darn it, I think Sanders has hurt our country very badly with what he's done."

We’ll see how this goes. Frankly, with Sanders’ popularity numbers, it’s going to be hard, if not, impossible to unseat him. Then again, everyone thought that Sanders’ challenge against Hillary Clinton wouldn’t go far and he gave her a run for her money. Now, Hillary Clinton’s popularity was going to go down regardless. The more the woman spoke, the more her numbers tumbled. Moreover, no one was enthused by her. Young people, a core constituency of the Obama coalition Clinton was trying to energize, were not having any of her during the election. Black and minority voters also weren’t enthused. There was no spike in Hispanic voter turnout, and black voters mostly sat this one out, or at least in key areas, like Milwaukee, Wisconsin (Milwaukee County) and Detroit, Michigan (Wayne County)—both states went to Trump. People wanted a change in 2016; they didn’t see that in Clinton. Moreover, millions of voters who pulled the lever for Obama flipped for Trump. Now, if Bernie Sanders, who did well with white working class voters, had won the nomination, it’s possible that he could have beaten Trump. Alas, that didn’t happen, as Clinton went on to dominate the southern and I-95 primary states, giving her a lead that couldn’t be overcome. Still, a person who feels Berned because the darling of the progressive left gave us Trump is a rather peculiar motivation for a primary challenge. I guess that’s just Vermont for you.