MSNBC Host Refers To President Trump As A Mad King 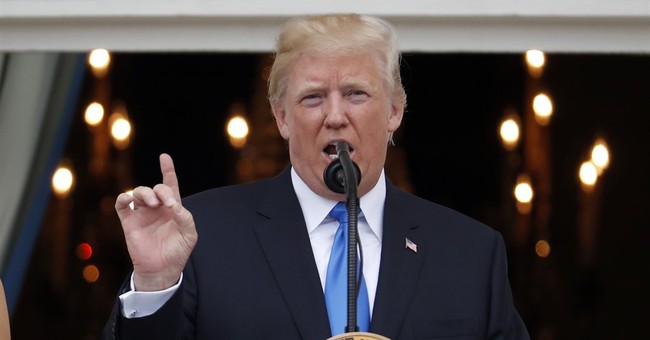 Over the Fourth of July holiday, MSNBC’s Joy Reid decided to toss in another jab at the Trump White House, inferring that the president is a mad king as we celebrated America’s birthday yesterday, “The founders' ghosts must be wondering why they bothered writing the emoluments clause, and how a mad king still managed to rule America.”  It’s par for the course for Reid, however. When avowed leftist James Hodgkinson attacked House Majority Whip Steve Scalise (R-LA) and other GOP lawmakers while practicing for the annual congressional baseball game, Reid went into a victim blaming game because the Louisiana Republican had a conservative voting record (shocker!). Oh, and she took the unseemly approach to inject identity politics into the discussion; a member of Scalise’s security detail on the Capitol Police is a black lesbian as if that means something concerning this mass assassination attempt.

The founders' ghosts must be wondering why they bothered writing the emoluments clause, and how a mad king still managed to rule America. https://t.co/jjGTBDcinI

When it comes to keeping liberals’ blood pressure at healthy levels, Reid serves her purpose.

At the same time, I think we can all agree that there’s a level of disgust when any person is fighting for their lives is maligned and denigrated because they have views that are different from the liberal news media. Scalise was shot in the hip by 7.62x39mm round from a SKS rifle used by Hodgkinson. The damage was severe and he was on the verge of death when he arrived at the hospital. Yet, by all means, try to make this shooting seem less egregious than when former Rep. Gabby Giffords (D-AZ) was shot. Like Scalise, she was targeted, albeit by an insane person—Jared Lee Loughner—who had no tangible or rational political leanings. Frankly, if there are things that the Founders might disagree with in Modern America, the list will be quite long ranging from economic policy to foreign affairs. I think Trump would be low on that list, certainly not even close to the top of it.