CBS News: Was The Steve Scalise Shooting ‘To Some Degree Self-Inflicted’? 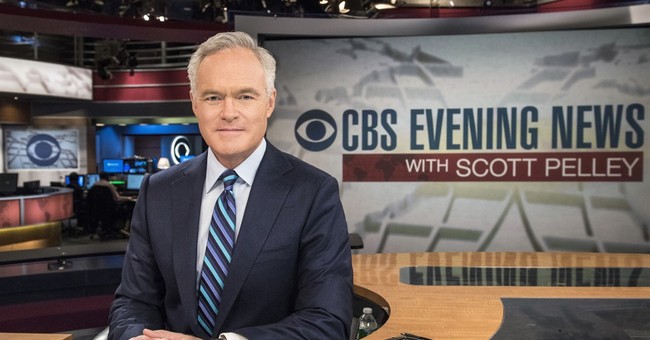 Guy will have more on the character assassination of House Majority Whip Steve Scalise (R-LA) later this morning, but the outpouring of support has stopped, mostly on the Left, where news outlets and prominent liberals are attacking the congressman over his conservative voting record. One of the Capitol Police officers, who saved Rep. Scalise and the rest of the Republican baseball team practicing before their annual charity game with Democrats last Wednesday morning, was gay. Officer Crystal Griner was assigned to protect Rep. Scalise, who rightfully leapt into action when Bernie Sanders supporter James Hodgkinson decided top open fire on the GOP baseball team last Wednesday morning in Alexandria, Virginia. Police killed Hodgkinson. Rep. Scalise was wounded after being shot in the hip.

Griner and Officer David Bailey, who was also assigned to Rep. Scalise’s protective detail, were wounded. Yet, there’s a toxic and appalling mix of humor and smugness that Rep. Scalise, a proponent of traditional marriage, was saved by a black lesbian cop. As if this was liberalism punishing someone for holding the wrong views.

I doubt Rep. Scalise is going to wish he was dead because a gay person saved him. Also, he’s a conservative Republican from the Deep South; did you guys really expect he was liberal of social issues? I’ll let Guy take it from here, but then, there’s the media’s reaction, which is equally appalling.

CBS News’ Scott Pelley offered a commentary last week, calling the attacking congressional Republicans self-inflicted “to some degree,” so Rep. Scalise being shot was partially his fault. That’s classy. Newsbusters had the clip:

It's time to ask whether the attack on the United States Congress, yesterday, was foreseeable, predictable and, to some degree, self-inflicted.

Too many leaders, and political commentators, who set an example for us to follow, have led us into an abyss of violent rhetoric which, it should be no surprise, has led to violence.

Yesterday [June 14] was not the first time.

In December last year, a man with an assault rifle stormed into a Washington-area pizzeria to free child sex slaves whom Hillary Clinton was holding there -- or at least that's what political blog sites had said. He fired into a locked door to discover no children in chains.

Sen. Bernie Sanders has called the president the "most dangerous in history." The shooter yesterday was a Sanders volunteer.

You might think that no sane person would act on political hate speech, and you'd be right. Trouble is, there are a lot of Americans who struggle with mental illness.

In February, the president tweeted that the news media were the "enemy of the American people":

Later, at a lunch for reporters, President Trump was asked whether he worried that language would incite violence. His pause indicated it had never crossed his mind. Then he said, "No, that doesn't worry me."

As children we're taught, "Words will never hurt me." But when you think about it, violence almost always begins with words. In "Twitter world," we've come to believe that our first thought is our best thought.

It's past time for all of us -- presidents, politicians, reporters, citizens, all of us -- to pause to think again.

Oh, and in case you didn’t know, the Media Research Center pegged Pelley as the most anti-Trump anchor on the Big Three—CBS, NBC, and ABC. Rep. Scalise has been in critical condition for days, undergone three surgeries, and was on the verge of death when he arrived at the hospital following the attack. Yet, liberal America says we’re going to slam him because he has a voting record we find to be problematic. Even when someone’s life is in the balance, the Left just can’t help it. This attack was self-inflicted? How much cocaine do you have to snort to believe that crap? Lower taxes, smaller government, and traditional marriage advocacy are not extreme views; roughly half the country holds them.