Democrats To Clinton: Lady, It Wasn't The Data–You Just Had No Clue What You Were Doing 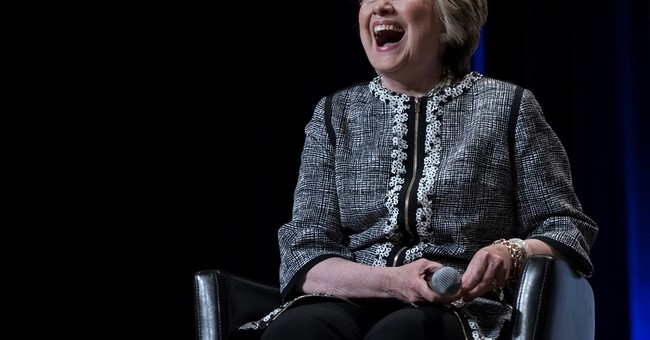 Last week, Hillary Clinton went on the warpath, adding The New York Times and the Democratic National Committee to her enemies list. She accused the Times of covering her email fiasco too much and blamed the DNC for giving her a shoddy data operation. This shooting inside the ship has irked Democrats. Many just want to see her go away, so they can have a clear message when it comes to a referendum on Donald Trump. With Clinton in the spotlight, she only serves as an anchor for the rest of the party, weighing them down from moving forward. Even Sen. Al. Franken (D-MN) said that it’s time to move on from the 2016 election.

Over at the DNC, they’re just stunned, angry, and firing back at Hillary’s claim that they were partially to blame for her upset defeat (via The Hill):

Allies of the Democratic National Committee (DNC) in particular were incensed by Clinton’s criticism of the party apparatus, saying she mischaracterized the committee’s work while needlessly stoking internal divisions.

“This is all about the last campaign. And really, what Democrats should be focusing on, and what I think Hillary Clinton should be figuring out, is how do we empower the DNC to have the best data resources to win races this year, in 2018 and 2020,” a former DNC aide said.

“Having hard feelings about the data that you may or may not have received in 2016 ultimately is not the reason why we lost.”

Clinton surprised Democrats on Wednesday when she complained that she inherited "nothing" from a "bankrupt" DNC after becoming the nominee.

Also, Democrats are responding to the former first lady regarding data that it wasn’t that the operation was bad—it was that she didn’t know what the hell she was doing. Moreover, she had all the tools and information of the Obama operation at her disposal (via CNN):

John Hagner, a partner at Clarity, added: "I worked with DNC data every day last cycle, on winning Gov races. It was accurate and up-to-date and I'm grateful for their hard work."

Many Democrats noted that Clinton -- just like her opponent Bernie Sanders -- had access to the DNC's data from the outset of her campaign. Therefore, they said, if there was trouble with the data, her staff would have known long before she won the Democratic presidential nomination.

Tom Bonier, the chief executive officer of TargetSmart, a Democratic voter-targeting firm, said in using the DNC's data, the Clinton campaign was "absolutely standing on the shoulders of the Obama data juggernaut. There's just no question."

Maybe ignoring white working class voters in the Rust Belt was a bad idea. Maybe not having an economic message and being focused on everything BUT job creation was a bad idea. Maybe ignoring Bill Clinton’s advice about reaching out to the white working class, who number in the tens of millions, was a bad idea. All of this leads to a large slice of Obama voters, who flipped for Trump, thinking that the Hillary agenda favored the wealthy, along with not being able to stand her. It wasn’t the data, Hillary. It was you. Again, your loss boils down to you.