WaPo: The Working Class Broke For Trump Because They Thought Clinton Cared More About Bathrooms Than Jobs 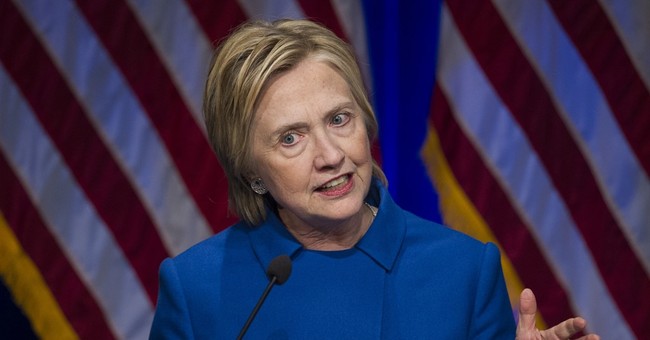 We’ve discussed this many times about how the liberal elite’s agenda for the Democratic Party is not compatible with the working class, which used to be a reliable voting bloc. There were many issues that Clinton flubbed with these voters who torpedoed Democrats’ dreams of keeping the White House and retaking Congress. Besides outright neglect, many Trump supporters in these regions voted for the president-elect because they thought the Democratic Party cared more about bathroom bills than jobs bills, according to James Hohmann of The Washington Post. He also added that, like Bill Clinton, the Hillary campaign got warnings from other Democrats that their messaging could cost them the election:

Back in May, the longtime chairman of the Mahoning County Democratic Party sent a private memo to leaders in Hillary Clinton’s campaign warning that she was in grave danger of losing not just Ohio but also Pennsylvania and Michigan unless she quickly re-tooled her message on trade. His advice went unheeded.

“I don’t have to make the case that blue collar voters are, to put it mildly, less than enthusiastic about HRC’s positions on trade and the economy,” David Betras wrote in his 1,300 word missive, citing her struggles in recent primaries.

Donald Trump’s protectionist message was already resonating very strongly in this epicenter of the Rust Belt. Gov. John Kasich may have won Ohio’s Republican primary as a favorite son, but Trump whipped him in more than a dozen counties along the Ohio River. More than a quarter of the people who voted in the March Republican primary in Mahoning County were previously registered as Democrats. In fact, Betras had to kick 18 members off his own Democratic central committee for crossing over to back Trump.

More than two decades after its enactment, NAFTA remains a red flag for area voters who rightly or wrongly blame trade for the devastating job losses that took place at Packard Electric, GM, GE, numerous steel companies, as well as the firms that supplied those major employers,” Betras, a practicing attorney, tried to explain to the Clinton high command. “Thousands of workers in Ohio … continue to qualify for Trade Readjustment Act assistance because their jobs are being shipped overseas.”

The local chairman feels very strongly now that Clinton could have won Ohio, Pennsylvania, Wisconsin and Michigan if she had just kept her eye on economic issues and not gotten distracted by the culture wars.

“Look, I’m as progressive as anybody, okay? But people in the heartland thought the Democratic Party cared more about where someone else went to the restroom than whether they had a good-paying job,” he complained. “‘Stronger together’ doesn’t get anyone a job.”

Betras also noted how Clinton isn’t credible on trade, given her support of the North American Free Trade Agreement and her remarks about the Trans-Pacific Partnership, where she described it as the gold standard. As Frank Luntz noted in the third presidential debate, Trump’s economic rhetoric scored high marks, even with Hillary-leaning voters, with trade being the then-Republican nominee’s strong suit. If he wanted to win this election, keep hitting the issue of trade. Moreover, Betras told Hohmann that a) not everyone wants to be in a white-collar job where he lives; and b) when these voters hear job retraining, their blood pressure goes through the roof. He said Democrats should talk about manufacturing, trying to bring some of those jobs back, and investments in infrastructure. Also, discuss ways in which they would protect their pensions. None of that happened. The publication also found numerous plant workers from the area who were Democrats, who voted for Trump because they wanted change, and they supported his position on trade. But they also noted, as have many observers, that these voters could easily turn on Trump and the Republicans if they don’t deliver.

That’s fair. The GOP is the dominant political force in the country. They control Washington. They control the rural areas. Only infighting and sheer incompetence can be the reasons for falling short in which any voter would have a good reason to vote Democratic in 2018. The point is that let’s hope Trump and the Republican Congress can right the ship.

Still, I’m not so sure about Clinton winning if she was laser focused on the economy. Remember she’s not really trusted on trade, she has deep ties to Wall Street, and she gets paid in one 20-minute speech what most Americans make in their entire lifetimes. Yes, Clinton did well among working class voters in her 2008 bid and in her home state of New York, but that was nearly a decade ago. A lot has changed—and the more news about the Clinton Foundation and her email server was discovered, the more her approval ratings, and her numbers on trust and honesty, fell. Maybe things could have changed if there was a ‘Pension Protector Clinton’ shift in messaging, but again, voters didn’t trust her, so why would they believe Ms. I Get $300,000 a Speech would care about them? It's sort of hard to portray yourself as a working class hero with that history. Republicans would also hammer her for being a person who would say anything to get elected, an echo from a 2008 Obama attack.

Second, let’s just be factual. Clinton ignored those people because her campaign thought they didn’t matter. Also, ignoring the cultural issues would have certainly frustrated her urban base, where bathroom bills, abortion, etc., are issues they must hear from a Democrat. There definitely would be questions why Clinton was shifting her focus to voters they cared little about, or who didn’t matter because who truly is bothered with the daily routines and struggles of country bumpkins. Well, they’re still Americans, they still need to work, and the metropolitan elites are still insufferable snobs. Sadly, I don’t think the Democrats will move to successfully reach out to these voters. Clinton was wiped out in these regions. Out of 490 counties in the Appalachia region of the country, Clinton only won 21 of them. Do we spend money on people who might or might not come back, or do we double-down on college-educated women and nonwhites who dominate the urban areas of the country? The latter is much more appealing for the Left; they already have the infrastructure and the rural political apparatuses for Democrats are pretty much extinct. At the same time, they also have to recognize that Clinton’s loss is entirely on her, and that maybe assuming that Clinton would be accepted as Obama was just ludicrous.

Lastly, Clinton sort of lost the cultural front in these areas without the liberal snobbery and the disregard that were hallmark characteristics of her campaign with this voting bloc:

Glenn Holmes is the Democratic mayor of nearby McDonald Village. He just got elected to an open state House seat with 60 percent of the vote, even as Trump carried the district. Holmes, who is African American, said it was more than just trade. Many Democrats in his district voted for Trump because they believed that Clinton wanted to confiscate their guns, supported late-term abortion and would not stop un-vetted Syrian refugees from pouring into the country. “I was able to speak more specifically to the fears and calm the fears” than Clinton could in the context of a national race, the 58-year-old explained in an interview. “Did Trump deal in misogyny and fear mongering? Sure he did. There was fear. He saw it and captured it. He won. It worked. Democrats didn’t address the fears. They dismissed them and thought people would see right through it. But that just sent the message that they didn’t care.”

Clinton was miserable in her Second Amendment answers. She later said she wouldn’t support the overturning of the D.C. v. Heller decision, but not before refusing to say that owning firearms is an individual right under the Constitution. She also made it pretty clear that she thought late-term abortion is permissible, despite the overwhelming majority of Americans opposing the brutal practice.

With Syrian refugees, the warning for Democrats to stop acting like snobs was again from one of their own, Kevin Drum at Mother Jones, who said the mockery of GOP stances on possible terror ties with these people paints the party as woefully out of touch and unserious on national security policy. Yet, even if that were brought up, and Clinton became more hardline on vetting refugees, her email server, which was unauthorized and unsecure, would undercut her since that arrangement possibly put our national security at risk.

It also doesn’t help optics wise when your candidate is under FBI investigation; though I think the class divide (working class/elite), the geographic divide (rural/urban), and Clinton’s inability to message both areas effectively (because she’s a terrible campaigner) proved fatal. Obama had targeted messaging for every group he encountered, which was made clear with his Florida operation. In the end, these voters want to work, they want change, and all they got from Clinton was deafening silence.