Watergate Journalist: The Press Needs To Relax And Listen More When Covering The Trump White House 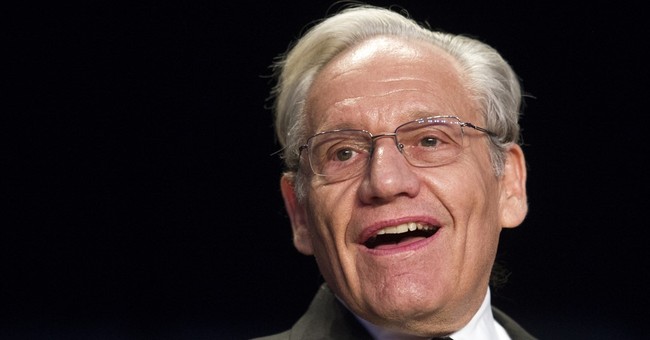 At an Axios event this week in Washington D.C., veteran journalist Bob Woodward had a message for the media: relax and listen more when covering the Trump White House. The Washington Post editor, who covered the Watergate scandal under the Nixon White House, added that President Trump’s firing of James Comey from the FBI is not the same thing (via The Hill):

Legendary reporter Bob Woodward urged reporters this week to "calm it down and listen more" when covering the Trump White House.

Woodward also cautioned those in the media broaching Watergate and impeachment in speaking about investigations into the Trump campaign and possible collusion with Russia during the 2016 campaign.

"In Watergate, when Nixon fired the special prosecutor (Archibald Cox), there was a mountain of evidence against him," said Woodward in a message to the media recorded in a video by The Atlantic.

"We are not at the Watergate level yet by any means."

While a British example, veteran political adviser Richard Grenell noted how President Trump was listening to the translation while the Italian prime minister was speaking during the G7 meeting. A reporter from the BBC insinuated the Trump was not listening in, but Grenell added that there was a single earpiece in his right ear. The reporter eventually tweeted a correction.

Grenell also served as the U.S. spokesman for the U.N. ambassador under the Bush administration.

Fake news. Trump has a single earpiece in his right ear.

The media is so negative & people are tuning them out. This is a serious issue. https://t.co/L9OCQHMm8O

• Tweet correcting that he had smaller earpiece: 42 retweets pic.twitter.com/fd8S3ZZZbp