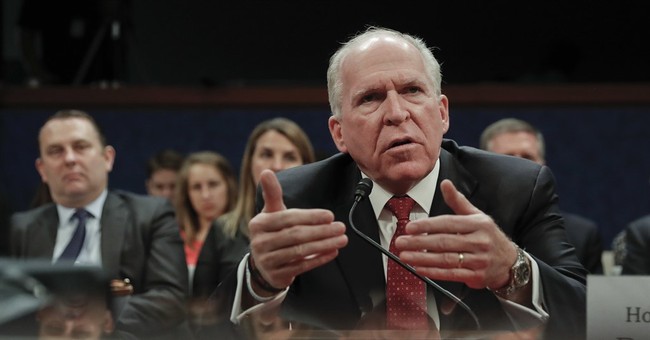 Cortney wrote about former CIA Director John Brennan saying that possible collusion between Russia and the Trump campaign was “well founded,” and that they wanted to interfere in our election. From a report released by the intelligence community in January, that was done mostly through social media trolls, state-funded news outlets, and third-party intermediaries. They did not mess with vote tallies, which would actually make this a hack. This is nothing new. Heck, we’ve done it to a certain degree, though now with much less in terms of intensity post-Cold War.

We know that the Russians tried to recruit Americans to act on their behalf during the campaign; Carter Page was one of those persons. What about evidence to these allegations? Well, there still isn’t any. Brennan also said that in terms of hard evidence of collusion, he doesn’t know. What he does know is that there was enough to warrant an inquiry. Still, Rep. Trey Gowdy (R-SC) asked him if there was any evidence to back up claims made by Democrats regarding the Trump White House and Russia.

“I don’t know whether or not such collusion, and that’s your term, such collusion existed. I don’t know. But I know that there was a sufficient basis of information and intelligence that required further investigation by the Bureau to determine whether or not U.S. persons were actively conspiring, colluding with Russian officials,” Brennan replied.

The House and Senate Intelligence Committees have found no such evidence. Sen. Dianne Feinstein (D-CA) has gone on the record twice this month to say that no evidence concerning Russian collusion has been found. The 18 undisclosed contacts that the Trump campaign had with Russia in the last several months of the campaign revealed that no evidence of collision or wrongdoing had occurred. On top of this, Mr. Brennan also said today that President Trump didn’t pressure the intelligence community to shut down the investigation into former National Security Adviser Michael Flynn. That allegation was tossed into the mix when it was revealed that former FBI Director James Comey had drafted a memo detailing ways in which the president acted improperly to influence an ongoing investigation. Fox News confirmed that the memo exists, though we have yet to see its contents.