Brennan: FBI Investigation into Possible Collusion Between Trump and Russia Was ‘Well Founded’ 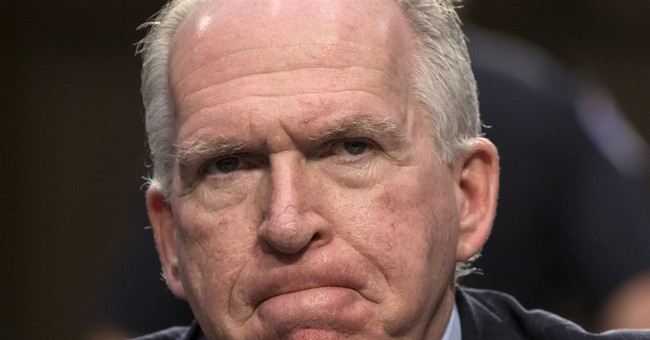 Former CIA Director John Brennan offered testimony before the House Intelligence Committee Tuesday morning on Russia’s interference in the 2016 presidential election. Russia “brazenly interfered” in our elections, Brennan said in his opening statement. “They were very aggressive” in that effort.

That did not surprise the committee. What they really wanted to know, was if Brennan had ever found evidence of collusion between the Trump campaign and Moscow.

Brennan said he doesn’t “do evidence” - he deals in intelligence. Yet, he had nagging questions about collusion.

As such, the former CIA director felt that the FBI investigation into possible collusion was “well founded.”

If press reports about Trump’s collusion with Russia are accurate, Brennan said, then the president would be guilty of violating two protocols. One, classified intelligence is not to be shared with foreign ambassadors. Second, before sharing classified intel, it needs to go back to the originating agency to make sure it’s accurate so as to not compromise any future efforts.