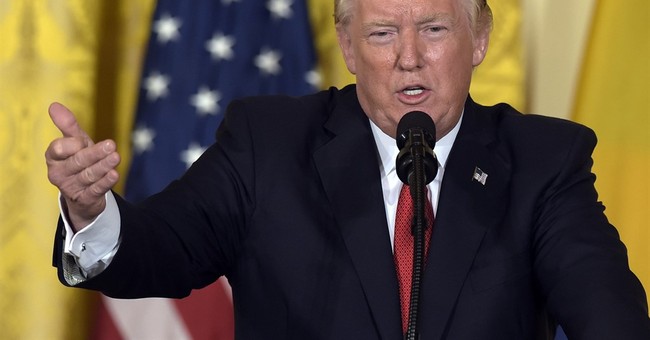 So, we had two stories yesterday that related to the ongoing investigation into possible collusion between Russia and the Trump campaign during the 2016 election, or any other issues that may come from this inquiry. Former FBI Director Robert Mueller has been appointed as special counsel to the DOJ’s investigation, giving him a wide mandate to look into this case. The New York Times article noted that President Trump told the Russians that the pressure had been eased due to James’ Comey’s firing from the FBI. This was said in a meeting the day after he fired Mr. Comey—May 9—where he also called the former FBI chief a “nut job.” This meeting was documented and White House Press Secretary Sean Spicer did not refute the story at all.

2 US officials say activities of a current WH official-- whose name they won't reveal -- are now under investigation in FBI's Russia probe.

Then, there was The Washington Post piece that said someone in the Trump White House was a person of interest in the Russian collusion probe: [emphasis mine]

The law enforcement investigation into possible coordination between Russia and the Trump campaign has identified a current White House official as a significant person of interest, showing that the probe is reaching into the highest levels of government, according to people familiar with the matter.

The senior White House adviser under scrutiny by investigators is someone close to the president, according to these people, who would not further identify the official.

The revelation comes as the investigation also appears to be entering a more overtly active phase, with investigators shifting from work that has remained largely hidden from the public to conducting interviews and using a grand jury to issue subpoenas. The intensity of the probe is expected to accelerate in the coming weeks, the people said.

The sources emphasized that investigators remain keenly interested in people who previously wielded influence in the Trump campaign and administration but are no longer part of it, including former national security adviser Michael Flynn and former campaign chairman Paul Manafort.

Over at The Washington Examiner, T. Becket Adams had some commentary about the “person of interest” angle. He also said that out of the two stories from yesterday, read The New York Times piece.

…the sources are implicating a whole group of people (White House advisers close to the president) while deliberately not naming the one "person of interest." Secondly, that term—"person of interest"—is hopelessly vague.

"So today's WaPo story about a 'person of interest' in the White House is a little odd. 'Person of interest' is a deliberately ambiguous term, evasive. WaPo reporters are smart and know that. Yet they don't comment on it," he remarked on social media.

"'Subject' or 'target' would be far more precise terms, suggesting that the source has more knowledge and credibility," he added. "But it's odd and a bit disappointing that WaPo writers don't highlight that their source is using notoriously wobbly language with them."

He concluded with the final thought, "Because 'person of interest' could mean 'target' or 'subject' or could mean 'person mentioned once speculatively.' And no, adding 'significant' doesn't make it less ambiguous. That's like saying 'no, I STRENUOUSLY object!'"

Another big difference between the Times and Post is that the White House basically confirmed the former, while saying not a whole lot about the latter.

Guy had a good post of the Times piece, where he noted how he’s “gobsmacked” that the president would be so brazen to reveal such a detail:

To recap, the White House (a) essentially confirms that Trump made these statements -- again, directly to the Russians -- and (b) essentially confirms that Comey's firing did have something to do with Russia after all. I'm gobsmacked. Please recall that, like, just a few days ago, the White House was insisting that Comey's dismissal was about his handling of the Clinton email matter. Then Trump claimed that it was because the FBI director was doing a "bad job," or whatever. And now this. It's as if they huddled up and intentionally charted a course forward that would make them look as guilty and incompetent as humanly possible.

As for the investigations, it won’t change a thing. The DOJ has its special counsel quarterbacking things there, with the House and Senate Intelligence Committees continuing with their respective investigations into Russian collusion. Still, the whole being loose with one’s words and constantly not learning from other instances of bad optics is on full display here.