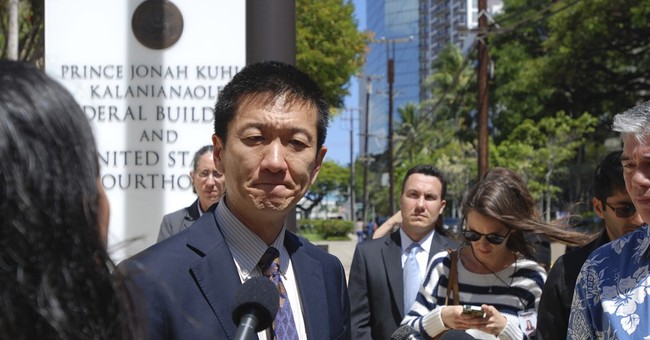 Well, here we go again. The Trump administration is going to appeal a federal judge’s ruling on his second executive order on immigration. Federal Judge Derrick Watson, who is based in Hawaii, issued a temporary restraining order against the recently revised order, but granted a formal preliminary injunction against it this week. Other left-leaning states—like Washington, Minnesota, New York, and Oregon—have also waged fights of their own to extend the injunction they filed against the original order to block enforcement of the controversial travel moratorium. Washington State successfully did this in February. With this new order, that provision bars nationals from six predominantly Muslim nations from entering the country for a brief period of time (roughly 90 days). It also freezes refugee relocations for 120 days. Opponents say that the two orders are still too similar and unconstitutional.

The judge said his ruling will stay in place until he orders otherwise and won't be suspended for an appeal.

The administration said in court documents that the appeal also applies to Watson's previous temporary block of the travel ban.