CNN: We Can Confirm That New Information About Russia-Trump Ties Being Analyzed By The FBI Is Inconclusive 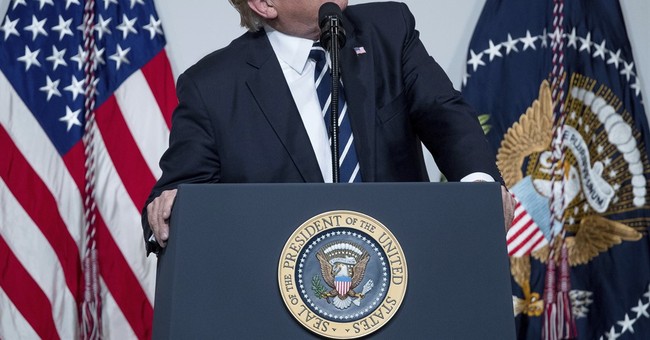 It’s the Russian dossier all over again. Remember this awesome update from CNN on that massive pile of unsubstantiated gossip back in February. The dossier purportedly contained compromising information about Donald Trump’s personal and financial life [emphasis mine]:

For the first time, US investigators say they have corroborated some of the communications detailed in a 35-page dossier compiled by a former British intelligence agent, multiple current and former US law enforcement and intelligence officials tell CNN. As CNN first reported, then-President-elect Donald Trump and President Barack Obama were briefed on the existence of the dossier prior to Trump's inauguration.

So, Russians talked to other Russians, but we don’t know what they talked about. Now, the network is reporting that there’s new information about Trump associates having contact with suspected Russian operatives that point to collusion regarding the release of damaging information about Hillary Clinton. They added that it’s still inconclusive, but the FBI is combing through it. In other words, there’s no evidence of collusion (via CNN)[emphasis mine]:

The FBI has information that indicates associates of President Donald Trump communicated with suspected Russian operatives to possibly coordinate the release of information damaging to Hillary Clinton's campaign, US officials told CNN.


This is partly what FBI Director James Comey was referring to when he made a bombshell announcement Monday before Congress that the FBI is investigating the Trump campaign's ties to Russia, according to one source.

The FBI is now reviewing that information, which includes human intelligence, travel, business and phone records and accounts of in-person meetings, according to those U.S. officials. The information is raising the suspicions of FBI counterintelligence investigators that the coordination may have taken place, though officials cautioned that the information was not conclusive and that the investigation is ongoing.

The FBI cannot yet prove that collusion took place, but the information suggesting collusion is now a large focus of the investigation, the officials said.

We’re back to this again? Let’s go back to The New York Times article that tried to stoke the fire on pretty much the exact same point. In fact, for the Times, there was no suspicion; members of Trump’s campaign and his associates had contact with Russian intelligence officials—which isn’t unusual, given that many have done business in the country [emphasis mine]:

Several of Mr. Trump’s associates, like Mr. [Paul] Manafort, have done business in Russia. And it is not unusual for American businessmen to come in contact with foreign intelligence officials, sometimes unwittingly, in countries like Russia and Ukraine, where the spy services are deeply embedded in society. Law enforcement officials did not say to what extent the contacts might have been about business.

As for the other meetings that we’ve obsessed with over the past few weeks, they appear to be with the Russian Ambassador Sergey Kislyak, who was doing his job meeting with aides of someone who could be the next president of the United States. The Russian ambassador probably also met with members of Clinton's campaign during the election. Do we have to be careful what will happen when we show them the Queen of Diamonds? There was nothing wrong with any of the meetings Trump aides had with the Russian ambassador. Senate Democrats have admitted that they’ll probably find zero evidence that Russia and the Trump campaign colluded during the 2016 election. We’re still in our original position, which is the news media and the Democrats (now totally scared of Russia), engaging in neo-McCarthyite antics in their crusade to find a link between the two camps.