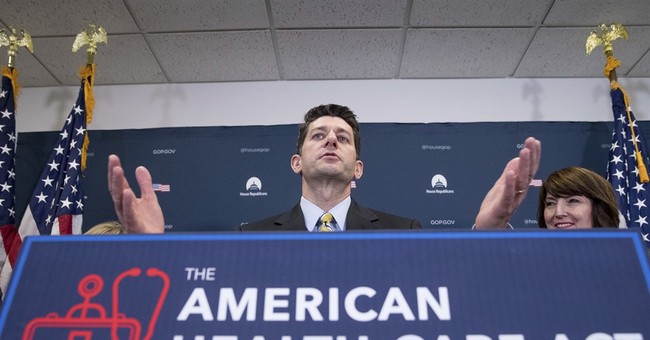 Well, the Congressional Budget Office didn’t give a stellar rating to the initial GOP health care bill. Now, with the new changes to the legislation, the CBO has revised their projections—and it’s still not good. Within a ten-year period, 24 million more Americans are going to be left uninsured. That figure hasn’t changed, but now only $150 billion will be cut from the deficit; it was $337 billion in the initial projection (via WaPo):

Changes that House Republicans have made to their health-care legislation would reduce savings in federal spending by half as much as their original plan and would still cause 24 million more Americans to be uninsured, according to congressional budget analysts.

The estimates by the Congressional Budget Office arrived late Thursday afternoon as House Speaker Paul D. Ryan (R-Wis.) and the Trump administration were scrambling to corral enough support to put the legislation erasing major parts of the Affordable Care Act to a vote.

According to the CBO’s projections, a set of amendments that House GOP leaders agreed to support Monday night would cut the federal deficit by $150 billion between 2017 and 2026. The original version of the American Health Care Act, as the bill is called, would have curbed the deficit by an estimated $337 billion during that period.

The fresh analysis says the amendments would not affect the number of Americans who would be uninsured if the bill were to become law. Compared with the current law, the CBO projects that 14 million more people would be uninsured next year and 24 million more by 2026. Those were the same figures as in its first and much-anticipated report, issued last week, on the House GOP plans.

Now, this certainly is a red meat talking point for the Left. They’re already making sure to paint this bill and Republican supporters as those who want to make America sick again. Sen. Elizabeth Warren (D-MA) says that people will literally die if this bill is passed. Let’s put a brake on the hyperbole. Repealing Obamacare won’t kill anyone. It also hasn’t saved any lives either.