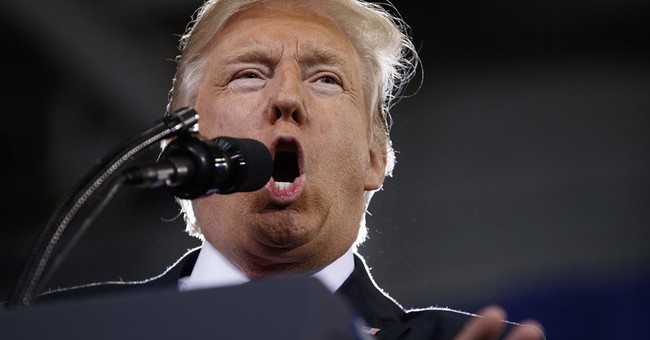 It looks like President Donald J. Trump’s executive order on immigration will be going back to court, as a federal judge in Hawaii has issued a nationwide restraining order on the travel moratorium provision. Liberals see that portion as a de facto Muslim ban and a violation of the Constitution’s establishment clause (via Politico):

U.S. District Court Judge Derrick Watson said the state of Hawaii and a local Muslim leader had “a strong likelihood of success on their claim” that Trump’s order intentionally targets Muslims and therefore violates the Constitution’s guarantee against establishment of religion.

Hawaii judge says a "reasonable, objective observer" would conclude the EO "was issued with a purpose to disfavor a particular religion" (!) pic.twitter.com/W9A60A6a3G

26/ Note that the 1965 INA specifically excludes "religion" from the basis for non-discrimination pic.twitter.com/x71LutK8wp

Editor's Note: The original post noted that an injunction had been issued. This was incorrect. It was officially a temporary restraining order. Post has been updated to reflect the changes.