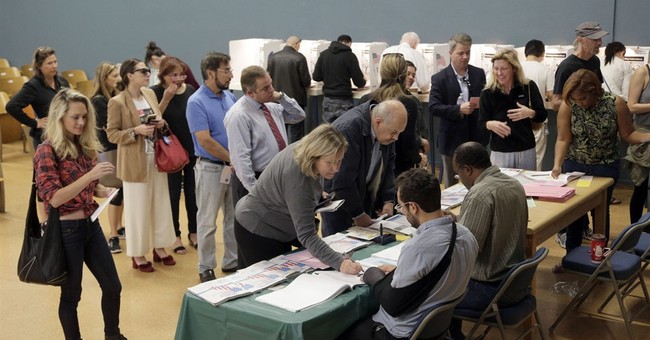 The Washington Free Beacon reported that more illegal aliens have been found on Virginia’s voter rolls. Other outlets, like the Daily Signal and The Washington Times, have reported about these issues with the voter rolls as well. Joe Schoffstall wrote that The Public Interest Legal Foundation has been combing through voter records, trying to find out how many noncitizens are on them. They found three of them on the registration roll in Manassas and gave a copy of those documents to the Free Beacon. The names and other sensitive information have been redacted:

The Public Interest Legal Foundation, an Indiana-based group that litigates to protect election integrity, provided the Washington Free Beacon with several examples of illegal immigrants on the voter rolls in Virginia. The examples were unearthed as a result of the group's efforts to ascertain the total number of noncitizens on voter rolls.

PILF announced in late January that it had settled lawsuits against the City of Manassas and Chesterfield County. The lawsuits were initiated after the jurisdictions refused to provide the group with voter information. The settlement included the disclosure of the total number of noncitizens registered to vote in the Virginia locales.

"These are positive steps toward quantifying the true extent of noncitizen voter registration in Virginia," PILF President and General Counsel J. Christian Adams said after the settlement. "Washington and Richmond alike are positioned to consider various election integrity reforms and are right to do so. Those discussions deserve precise data like we’ve obtained."

PILF released a report last year that found more than 1,000 illegal aliens on voter rolls in just eight Virginia jurisdictions that responded to records requests from the group. Twenty percent of the more than 1,000 individuals voted, according to the group.

This report led to a bill that would have required investigations of jurisdictions whose voter rolls contain more registered than eligible voters. Virginia's Democratic Gov. Terry McAuliffe vetoed that bill.

In January, Old Dominion University estimated that Hillary Clinton could have received over 800,000 votes from noncitizens, though the methodology has been questioned. President Trump has claimed that widespread voter fraud allowed Clinton to overtake him in the popular vote, which is meaningless since he won the majority of the Electoral College vote—the contest that actually decides who the next president will be. Voter fraud probably occurred, though nowhere near the figure the Trump White House has mentioned, which soars into the millions of votes. Frankly, Clinton won more popular votes because she won California. Period. Still, noncitizens voting should be investigated and rooted out since—and this goes without saying—it’s a crime.