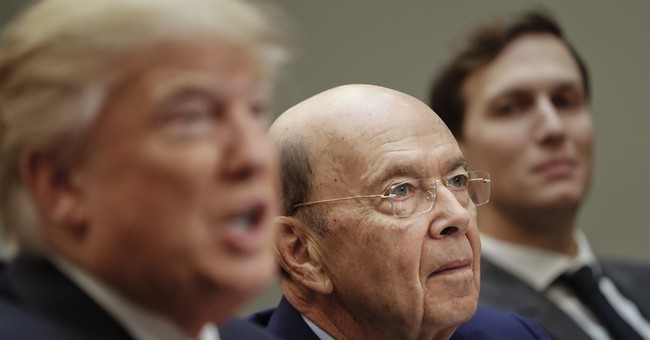 At his confirmation hearing, he said that he’s pro-sensible trade, which means any agreement that doesn’t put our manufacturing base in the crosshairs:

Ross will be one of the most seasoned business leaders on Trump’s economic team. As a private-equity investor, he restructured companies across a range of industries including steel, banking and textiles. Bloomberg values his fortune at $3 billion, and in financial disclosures released last month, he revealed assets topping $336 million, including at least $150 million held in bank accounts and an art collection worth more than $50 million.

In an ethics agreement released before his confirmation hearing, Ross said he’ll resign his positions with 38 entities. Those include Invesco Ltd., which bought Ross’s private equity firm in 2006, as well as seven named subsidiaries.

Congratulations to our new Secretary of @CommerceGov, Wilbur Ross! pic.twitter.com/pMmlLRzwky

Yet, there's this friendly reminder: