Circa: Michael Flynn Is Ready To Fight For His Honor If Congress Holds Hearings 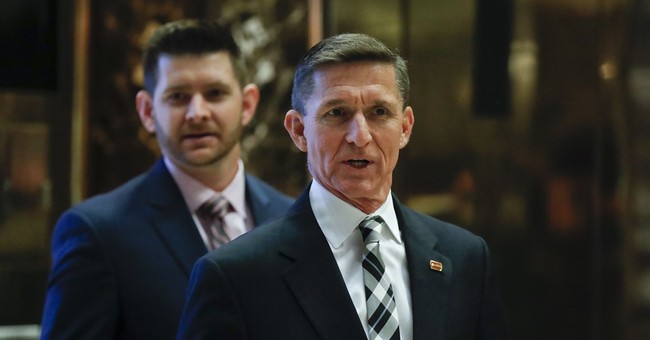 Rep. Jason Chaffetz (R-UT), chair of the House Oversight Committee, said he’s not going to look into former National Security Adviser Michael Flynn’s discussions with the Russians, but he did ask the inspector general to look into how these cables got leaked to the press. Flynn tendered his resignation late Monday night after he misled the vice president over conversations he had with the Russian ambassador. Senate Republicans are a different matter. Senate Majority Leader Mitch McConnell said the Senate Intelligence Committee is “highly likely” to look into the matter.

Over at Circa, sources close to Flynn said that President Trump told him to “fight for his honor” should he be called to testify. The news site also spoke with the Brookings Institute that noted it doesn’t appear that Flynn broke any laws, especially the Logan Act. Yet, the reason Flynn was dismissed was because he wasn’t upfront with Vice President Mike Pence about those conversations with Russian Ambassador Sergey I. Kislyak. Also, as with The New York Times story—these sources are unnamed, so take from it what you will:

Sources close to Flynn told Circa that Flynn is willing to testify before Congress about his conversations with the Russian ambassador if asked and what he believes is an all-out assault by some members of the intelligence community to target him at the expense of national security.

Flynn has no problem testifying before anybody or any committee,” said a source close to Flynn. “There was a concerted effort by certain people to go after Flynn, and these leaks are clear violations of federal law. There were only three organizations with this information - the FBI, NSA and the CIA. If they are going to investigate Flynn, they should first investigate the leaks.”

Michael O’Hanlon, a senior fellow at The Brookings Institution told Circa that it appears Flynn did not break any laws.

“What General Flynn said in late December didn’t really therefore cause the concerns the Logan Act was designed to address,” O’Hanlon said. “Everybody knew that President Trump was going to have a different Russia policy, and everybody knew things like sanctions would probably be reconsidered. Moreover, I don’t see that there was a specific promise made in this phone transcript. I don’t see anymore than Flynn confirming there would be a new direction in U.S. Russia policy under President Trump.”

There have been rumors swirling that former Obama officials have been willingly leaking classified information to unseat Flynn, who is known to be against the Iran nuclear deal. It was an effort to protect that agreement. On Fox Business, a former CIA analyst—Lt. Col. Tony Shaffer—named Ben Rhodes, former deputy national security adviser, former CIA Director John Brennan, and former Director of National Intelligence James Clapper as the main culprits who are leaking this highly sensitive information. Given the result, the allegation that it was done to boot Flynn can’t be overlooked, nor can the rather odious notion of the appearance of the intelligence community releasing these documents to the press in order to disrupt the Trump White House from governing. If people want Trump gone, they can vote him out in 2020. That is not the job of America’s spies to undertake such an initiative.

Will Flynn have his day in the court of public opinion on the Hill?