While You Were Sleeping, Tom Price Was Confirmed As Health And Human Services Secretary 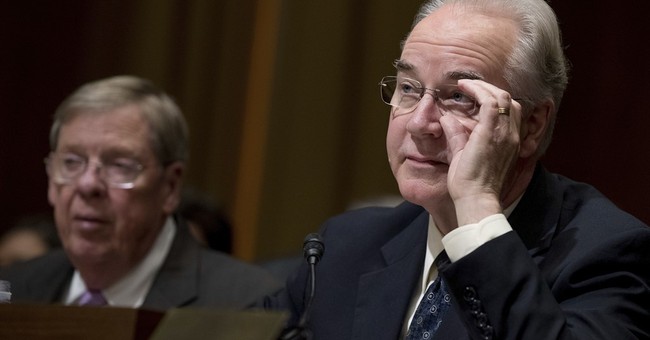 When Jeff Sessions was confirmed to be the 84th Attorney General of the United States Wednesday night, a vote was held to move Rep. Tom Price’s (R-GA) Health and Human Services nomination forward for a final vote. It passed along party lines. Sen. Ron Wyden delivered remarks and the chamber was in recess until 10 A.M. Thursday morning. Around 2:15 A.M this morning Price was confirmed in a 52-47 vote.

Price, along with Jeff Sessions (AG), Betsy DeVos (education secretary), Steve Mnuchin (treasury), and Scott Pruitt (EPA), is considered one of the more controversial of President Trump’s cabinet picks. Democrats had concerns over some of his financial investments, which they felt were secured unethically. Liberals are also wary of the direction Price intends to take HHS regarding health care. In the end, Democrats boycotted the Georgia congressman’s nomination, refusing to take their seats for the final committee vote. This prompted Senate Republicans to suspend the rules to push through Price’s nomination without Democratic votes (via NYT):

Senator Michael B. Enzi, Republican of Wyoming, said that Mr. Price, a 62-year-old orthopedic surgeon from the suburbs of Atlanta, was “one of the most capable, well-prepared individuals that President Trump could have chosen.”

“Who better than a doctor to head an organization that covers the wide variety of major health care programs?” Mr. Enzi asked.

Democrats said that Mr. Price, a House member since 2005, had shown bad judgment by actively trading shares of medical and pharmaceutical companies while shaping health policy in Congress. Mr. Price has denied wrongdoing and said at a confirmation hearing, “Everything that I did was ethical, aboveboard, legal and transparent.”

A cloture motion was filed for Steve Mnuchin’s nomination to be Treasury secretary, which passed on a 53-46 vote. The final vote is schedule for Monday, with several hours of debate prior to taking the final tally. Ace of Spades Decision Desk broke down the votes.