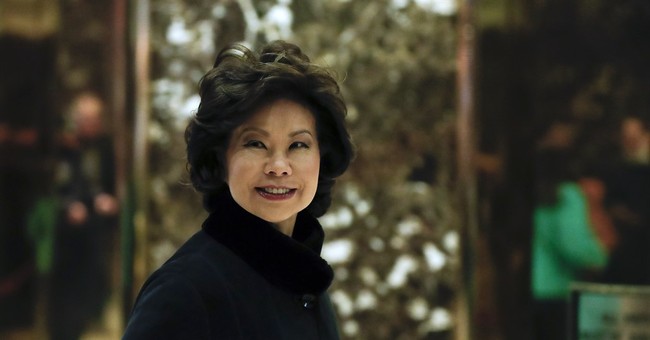 Elaine Chao, the former labor secretary under President George W. Bush, has been overwhelmingly confirmed to be our next transportation secretary. By a vote of 93-6, Chao became the third member of President Donald Trump’s cabinet to finish the nomination process. Still, twelve nominees remain in limbo, hampered by Democratic procedural techniques aimed to delay their confirmations for as long as humanly possible.