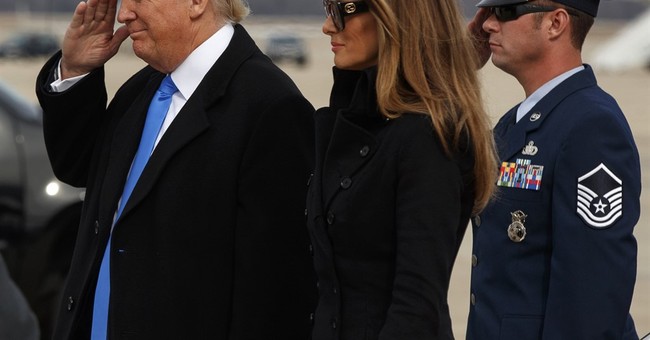 The president of the United States, the vice president, the speaker of the house, justices of the Supreme Court, the congressional leadership, and tens of thousands of people have gathered every four years in January to see the swearing in of a new president or one that has won another term to lead the nation. In all, high profile targets are everywhere and protection is paramount. It’s a no brainer. Looking ahead to the 2017 inauguration, federal and local law enforcement agencies have been prepping for over a year, covering all scenarios, including a drone spraying toxic gas all over Capitol Hill, to ensure that the thousands of men and women who will be in charge of keeping order and our leader safe are prepared for any situation that could lead to chaos and death.

ABC News reported that uniformed and plainclothes officers will be present, radiation detectors, checkpoints, barricades, and aerial surveillance from Customs and Border Protection will be deployed. In short, D.C. is about to become a fortress:

While there are no specific or credible threats, almost every federal partner imaginable will be contributing to the security apparatus this weekend, including the FBI, ATF, Park Police, Customs and Border Protection, the Coast Guard, Centers for Disease Control and Prevention and the Department of Energy.

The United States Capitol Police Department is responsible for securing the Capitol and the Metropolitan Police Department will be primarily protecting the parade route, while still serving the entire city outside of inaugural activities.

In addition, more than 3,000 police officers from around the country are expected and National Guard troops will be patrolling.

“Our number one concern is to keep our protectees and the general public safe and secure during all the inauguration events,” said Brian Ebert, Secret Service Special Agent in Charge.

Customs and Border Protection (CBP), which will be contributing to air support on Inauguration Day, did test runs around Washington, D.C. in the week leading up to the event to make sure communication systems were functioning.

The Metropolitan Police Department (MPD) sent personnel to the Democratic and Republican national conventions last year to study the security procedures there, as well studying local demonstrations in Washington, D.C. to prepare for the rallies expected this weekend, some of which has already taken place throughout the city.

There will be visible layers, like physical barriers, checkpoints with magnetometers, bag searches and patrolling uniformed officers, as well as hidden layers, such as plainclothes officers inside and outside of the perimeter, radiation detection and surveillance cameras.

Major roads, tunnels and bridges leading to the Capitol and downtown D.C. will be closed.

To protect against a possible vehicle attack, like those that have happened recently in Germany and France, trucks filled with sand will be deployed to block the parade perimeter.

CBP helicopters will be scanning the city tomorrow, looking for any possible threats and will be in direct contact with the Secret Service Command Center.

On the Potomac River, Coast Guard cutters will be patrolling the waters and shoreline.

Now, this is more for the morbid folks over at CNN. ABC News added, “There are no specific or credible threats.” In other words, President-elect Donald Trump is not going to die. The news network actually ran a ghoulish segment about who will take the reins of power should Trump die today. Since none of his cabinet nominees are confirmed yet, should this horrific scenario take place (most definitely in the darkest corners of a progressive’s mind) Tom Shannon, the Under Secretary for Political Affairs for the Department of State, would become president. Shannon is an Obama official. In CNN’s segment, this catastrophic attack has wiped out everyone—Trump, Pence, Ryan, and Sen. Orrin Hatch (R-UT), who serves as president pro tempore of the U.S. Senate. The presidential line of succession then drifts to the cabinet secretaries starting with the secretary of state. It was an absurd and ludicrous segment that would have elicited fury and condemnation for weeks if such a question were even uttered during Obama’s two inaugurations.

The point is the city is secure. Lack of manpower and resources don’t seem to be an issue. Here’s to a safe inauguration for the 45th president of the United States.